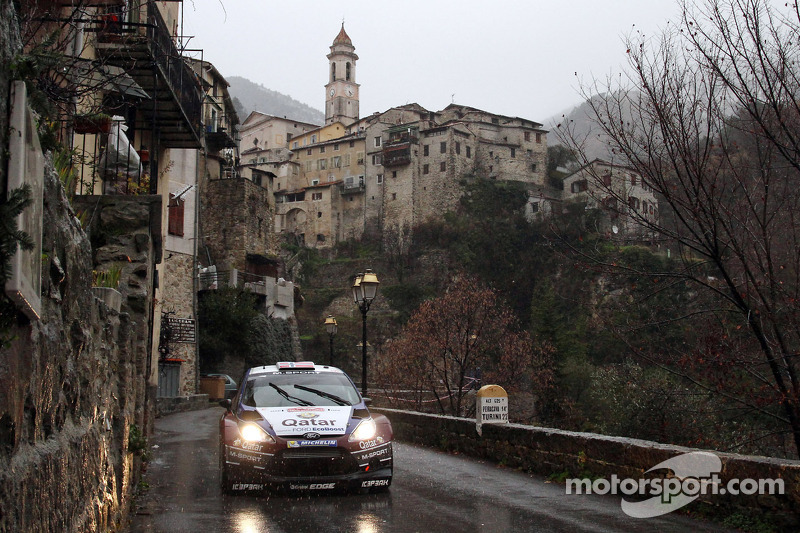 Building momentum for the season’s traditional opener, the team spent the week testing on roads surrounding the rally route.

Marking the start of the 2014 FIA World Rally Championship (WRC), Rallye Monte-Carlo provides the ultimate test of ability and strategy. With a mix of youth and experience, the two M-Sport World Rally Team crews may have differing objectives, but each will be looking to make their mark amongst the Principality’s coastal glamour and challenging terrain.

Building momentum for the season’s traditional opener, the team spent the week testing on roads surrounding the rally route – gauging the likely conditions and deciphering how to best cope with the trials ahead. 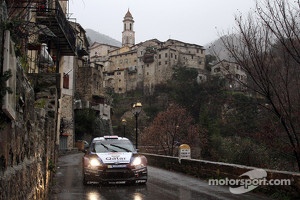 With constant changes in grip and unpredictable forecasts, the key to success is widely regarded as ‘confidence in compromise’. Victory would be no mean feat and the rally can be won and lost on shrewd tyre selection – requiring the team to master the perfect configuration. Next week’s rally is the only event of the year where crews will have four Michelin compounds to choose from – the soft and supersoft Pilot Sport and the studded and non-studded Pilot Alpin – which makes the optimum formation all the more challenging to find.

In a change from recent years, this year’s fixture will see a move from the previous base in Valence, to the Alpine town of Gap. The change of location brings a revised route which may level the playing field to some extent, but experience could still prove pivotal. The very nature of the rally calls for an understanding of the region’s ever-changing conditions, and that fact holds M-Sport’s returning heroes in good stead.

Making a welcome return to the M-Sport squad, Mikko Hirvonen and Jarmo Lehtinen know what it takes to tame Monte’s treacherous Tarmac. This will be the Finns’ ninth appearance, making them one of the event’s most experienced crews. In fact only Francois Delecour can boast more Monte-Carlo appearances.

Hirvonen’s knowledgeable skills have proved fruitful in the past. Having won the event behind the wheel of a Ford Fiesta S2000 in 2010, and claiming the runner-up spot as part of the WRC in 2008, the Finn should not be discounted for a strong result. Reunited with the Ford Fiesta RS WRC, Hirvonen will be looking towards the podium and has the potential to upset the status quo next week.

In contrast, Elfyn Evans will be making his maiden Monte-Carlo outing on what is only his second time behind the wheel of a Fiesta RS WRC. The first test of the season will be a real baptism of fire for the young Welshman, but with expert guidance from the team as well as Hirvonen, Lehtinen and his own co-driver Daniel Barritt, he is in safe hands. All have been victorious at the event in the past, Barritt navigating Fumio Nutahara to the Production World Rally Championship win in 2006.

Ultimately however, next week will be a journey of discovery for Evans. With the added challenge of no Rally 2 regulations – which allow competitors to restart after a non-finish the following day – the Welshman will be determined to make Sunday’s finish ramp; his goal to gain as much knowledge and experience of the specialist stages as possible.

Mikko Hirvonen: “I’m really excited to be back with the team and back in the Fiesta [RS WRC]. As soon as we got back behind the wheel we had a good feeling with the car and it is that kind of thing that can really help. Of course there is always room for more testing and it would have been nice to have a few more days after two years away, but I feel as though we are ready for the challenge.

“Monte-Carlo is a difficult event. The conditions can be so changeable and you often have to make compromises with the tyres. We didn’t have much snow for our test and it was actually quite mild, so if the weather stays like that I would be quite happy.

Elfyn Evans: “Our approach for this event will be to gain as much knowledge as we can. There is no doubting that it will be a difficult start to the year, but I am really looking forward to the challenge. We’re here to learn and to make the most of this opportunity for the years to come.

“Monte is known to be a bit of a lottery. The conditions can be really unpredictable and it will also be the first time that I have had to work with an ice note crew, so that might take some getting used to. We started testing earlier this week. We had some really tricky conditions on the first day, but we were able to run a lot of different variations with the tyres which should hopefully see us well prepared for anything the Monte has to offer.

“Of course we all understand how unforgiving this event can be. I’ve only ever driven the Fiesta RS WRC on gravel in competition, so our main objective will be to make it to the finish ramp with as much experience as possible.”

A new look for a new season: M-Sport’s 2014 livery revealed