Latvala trying 'something special' before crash 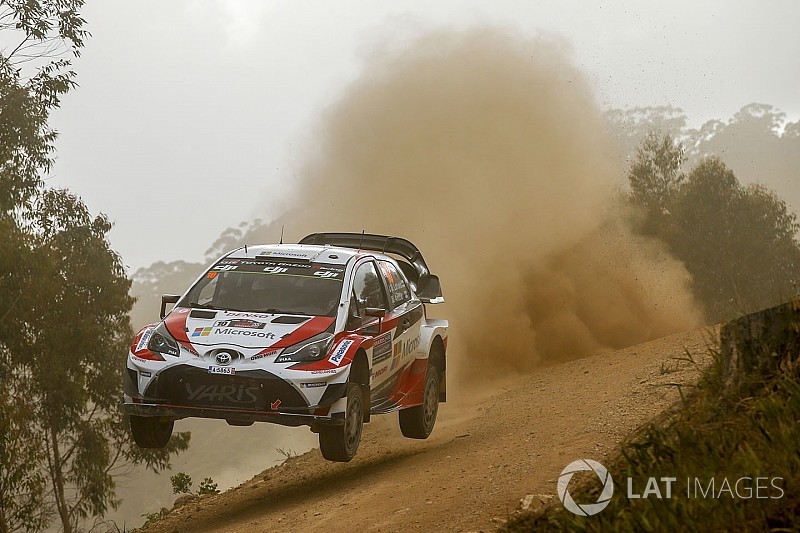 Jari-Matti Latvala says he was trying to do 'something special' when he crashed out of a certain second place on the final stage at Rally Australia.

The Toyota driver went into the season-ending Power Stage just under 15s behind leader Thierry Neuville, leaving him with a mountain to climb on the short 6.4-kilometre test if he were to catch the Belgian.

However rather than settle for a certain second place the Finn opted to push as hard as possible, which led to a mistake and subsequent crash early in the stage.

His Yaris was sufficiently damaged for his rally to be over on the spot.

“Obviously this is not the way that I wanted to end the year but this is rallying and you have to take the most and learn from every experience, even if it doesn't feel like a positive one at the time," said Latvala.

"We were pushing hard on the Power Stage to try and maximise our chances of doing something special, and when you are pushing hard these things can happen.

"I’d like to apologise for my mistake today after a huge effort from everyone here, and most of all say a big ‘thank you’ to the whole team for delivering a year that went beyond all my expectations.”

The crash meant Esapekka Lappi ended up as Toyota's best finisher in sixth, having been on a recovery charge since a Day 1 power steering failure.