Rovanpera once again underlined his potential after recording a dominant performance to score a second career win at last weekend's Acropolis Rally.

The 20-year-old, who became the WRC's youngest ever winner at July's Rally Estonia, blitzed his rivals on Greece's famous gravel tests, winning eight of the 15 stages to beat Hyundai's Ott Tanak by 42.1s and claim the Power Stage bonus points.

It was Rovanpera's fourth podium of the season after a second on the snow at Arctic Rally Finland and wins on gravel in Estonia and Greece that sandwiched a third on tarmac in Belgium last month.

Latvala believes that Rovanpera has proved he is the complete the driver and is expecting more victories from the new flying Finn, but is aware not to put too much pressure on the rising star.

"When you are able to drive on the snow, tarmac and gravel then you are a complete driver. I mean Kalle has the performance on all the surfaces," said Latvala.

"If you win your second event of this season, which I would say is his first full season in the WRC because last year I don't count as a full season because of COVID, so he must have the elements to become a world champion," he added, when asked if he thought Rovanpera is world champion material.

"But I want to remind also, as Seb Ogier knows, winning the championship is difficult. You need to have a bit of luck and you need all the things to come together so that is another challenge.

"For sure Kalle has achieved one step on his career and we will see great performances and great victories from him, but let's not too much pressure on the young guy yet." 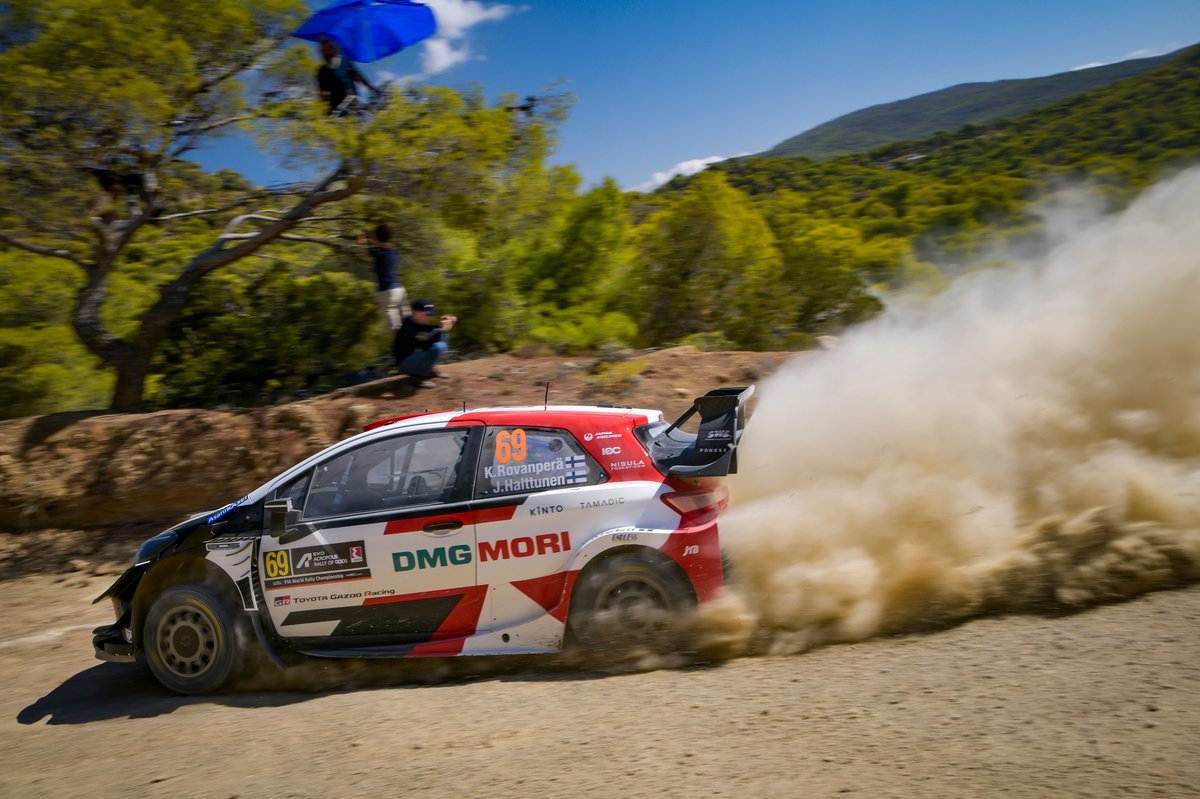 "It is really amazing to see his performance and how calm and how mature he is," he said.

"He's been growing up during this year he has taken a five-year step forward with how he is and his personality.

Reflecting on his victory, Rovanpera admitted that he didn't expect to be comfortable on the challenging Greece stages and was unsure if this drive was better than his victory in Estonia.

"It is difficult to say if this was [a better drive] but I would say Estonia I was expecting it a bit more and I think everyone else also knew I could really be fast there," said Rovanpera.

"Coming here there was more a question mark about our pace overall; we couldn't be so sure what is the pace, but I think again when we knew this year it would be a new event in the calendar not everybody knew the stages, so it always helps as everybody has to make new notes.

"I think we showed quite well on the first loops that we can be really quick when the others don't have the experience of the previous years. I think it was a really good race from us, I don't know which one was better."

Rovanpera sits fourth in the championship standings only seven points behind second-placed Evans heading into Rally Finland next month.