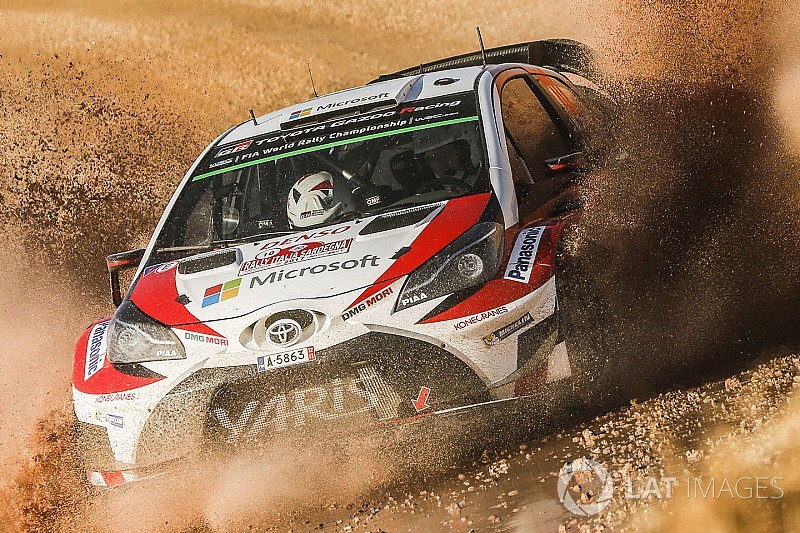 Toyota's Jari-Matti Latvala says he is ready to break FIA car-to-team communication regulations after being placed in what he felt was a dangerous situation at last week’s Rally Italy.

The Finn was left furious when he caught Mads Ostberg’s Ford Fiesta WRC after the Norwegian had stopped to change a puncture.

In the heat of the moment, at the end of the Monte Lerno test, Latvala lashed out and threatened to quit the sport.

Current rules state the team can call the car to inform the crew of a safety problem, but not vice-versa. Latvala insists that, in case a similar situation is repeated in the future, he will go against the regulations.

“In the future, I will take the risk, I will call them,” said Latvala. “This is [a] safety issue. I was having to take massive risks in the dust, and if you do a mistake in these conditions, then it’s not only for myself, but also there is the risk for spectator.

"I came on one junction and there was a marshal in the road and running away because he didn’t expect me to be coming. This is not good.”

Latvala was also frustrated at the lack of a radio in Ostberg’s car. Because it’s privately run, the Onebet Jipocar Ford Fiesta WRC doesn’t run an official radio – only the manufacturer teams do.

He added: “Mads not having a radio is not sensible and this needs to be sorted out. Again it’s from the safety point, everybody needs to be able to communicate, whether they are privateer or factory car.”

Latvala had asked the event organisers to look at his onboards from the Monte Lerno stage in the hope he would be awarded time back – in the same way Thierry Neuville had been on the previous rally in Portugal.

Neuville’s time was altered, the FIA pointed out, because Latvala was driving slowly with damage to his Yaris. Ostberg was travelling at full speedб having changed his puncture.

Latvala did not accept the reasoning, insisting: “I should have had the time back. I was fighting for the lead.”

Toyota confirms Lappi for rest of 2017 after Italy star turn