Tanak and Hyundai caused an upset by winning in the Toyota WRC team’s backyard last weekend, ending the Japanese marque’s 100 percent winning record at the fast gravel event since rejoining the WRC in 2017.

Despite missing out on the victory, Toyota showed its strength with all four GR Yaris entries finishing inside the top six. Championship leader Kalle Rovanpera headed the team’s charge, finishing second to Tanak by 6.8s, while Esapekka Lappi claimed third ahead of Elfyn Evans, with Takamoto Katsuta in sixth.

Toyota has so far dominated the new Rally1 hybrid era, with Rovanpera winning five of eight events driving the GR Yaris that has proven to be the fastest and most reliable of the new-for-2022 cars. Only last month the team released a sizeable update to the GR Yaris’ engine and rear wing, that debuted in Rally Estonia last month, in a bid to unlock more pace.

Speaking following Hyundai’s triumph in Toyota’s home soil, Latvala admitted it was pleasing to see its rivals make progress with its i20 N, but believes his squad still has work to do to improve the GR Yaris.

“It is not exciting if you win the rally by minutes so I think it is good that they [Hyundai] have made steps,” said Latvala. “We also need to keep working and we must remember that. When somebody is getting closer you need to work more and more.

“We have to analyse a bit some areas that we can improve and I think we have a few ideas. Elfyn was complaining that the rear of the car wasn’t producing enough grip, so maybe that is one area where we need to look.” 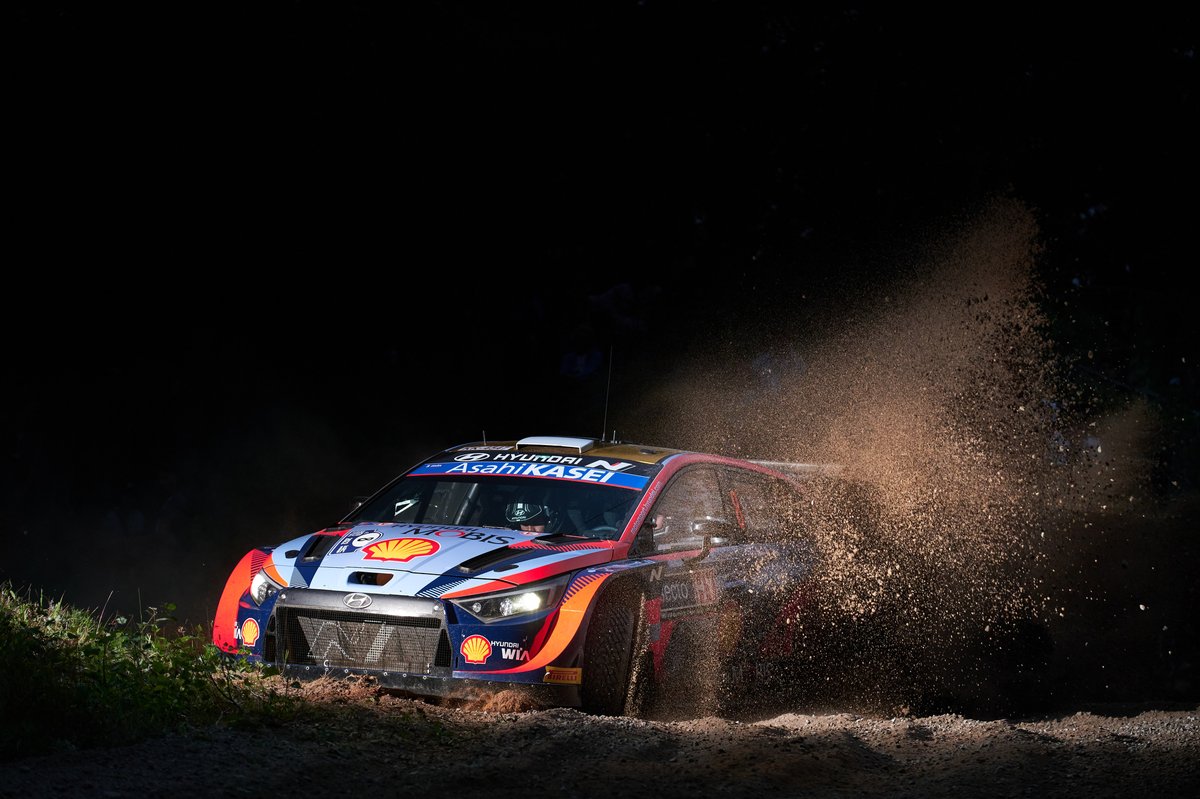 Reflecting on the weekend, Latvala said he wasn’t “that disappointed” to lose on home soil to a perfect weekend performance from Tanak.

“Honestly it is positive. I’m not that disappointed,” he added.

“Overall, we had a good weekend, we finished second, third, fourth and sixth, four cars in the top six. We could have won and sure that is disappointing.

“We wanted to win on the home ground but this time Ott had a perfect weekend, and was ready to go for the risks and he went for the risks. You cannot do that kind of driving for the full championship. This time it worked out and all I can say is he drove an excellent race.

“If I had been in his [Rovanpera’s] position I would have gone for the victory, but it would have happened like Esapekka [Lappi] and I would have rolled, so at the end of the day I think he did a very clever job.”

Toyota continues to top the manufacturers’ standings with an advantage of 88 points over Hyundai with five events of the season remaining.

WRC Finland: The Good, The Bad and an inspired Tanak