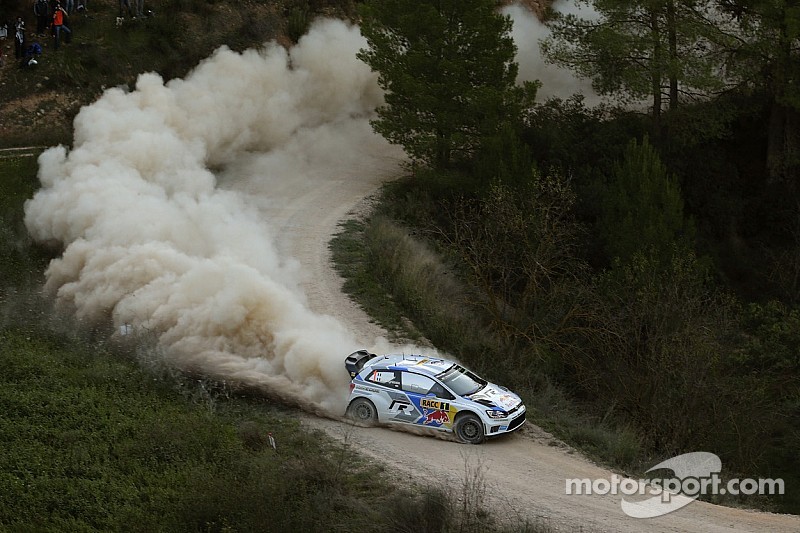 Sebastien Ogier still holds the top spot as we head into the final day.

Sebastian Ogier is closing in on another victory, but his VW teammate Jari-Matti Latvala isn't making it easy for him. He has cut Ogier's lead from 36 seconds, down to 27.3 with one day remaining. Mikko Hirvonen has moved his Ford into third place, but is over a minute back of the VW duo.

Despite losing part of his lead, Ogier still impressed by running the final 20km with a delaminating tyre. Offs by Andreas Mikkelsen and Mads Ostberg dropped them out of the a podium spot and paved the way for Hirvonen.

It was a rough day for Robert Kubica, who only had front-wheel drive and eventually tore a wheel off as he struggled to control the car. American Ken Block has moved up to 12th after a rough start to his weekend.

Latvala and Ogier won each stage today, sans the final one (SS13), which was won by their teammate Mikkelsen.