Esapekka Lappi says crashing out of the Rally Sardinia lead was “hard to take” as the Toyota driver felt he wasn’t taking any risks on the tough gravel stages.

Lappi began Saturday with a 0.7s lead over Hyundai’s Ott Tanak, only for his victory hopes to evaporate after crashing out on the day’s opening stage.

The Toyota driver was navigating through a slow but technical section when he ran slightly off line, which resulted in series of impacts with a rock face and trees that lined the road.

The impact ripped the left rear wheel and suspension from his GR Yaris, ending his day prematurely.

Reflecting on the incident the Finn, who is sharing the third Toyota with eight-time world champion Sebastien Ogier this year, believes he would have survived if he had braked less.

“It is pretty hard to take this one,” said Lappi. “I really felt we were not taking any risks on the stage.

“I probably should have braked less at this corner as there was stone on the ground which disturbed the line and completely and threw us of the line.

“We hit this wall and the tree on the other side. I believe if I braked less the front would have been higher and we could have survived. It is pretty hard to accept as we were not going really fast. This stage is tricky and very narrow and some places are pretty rough.

“I really feel comfortable in the car but these kind of things takes the confidence away and the next one [rally] I will attend you need to be very committed, so this is not helping.” 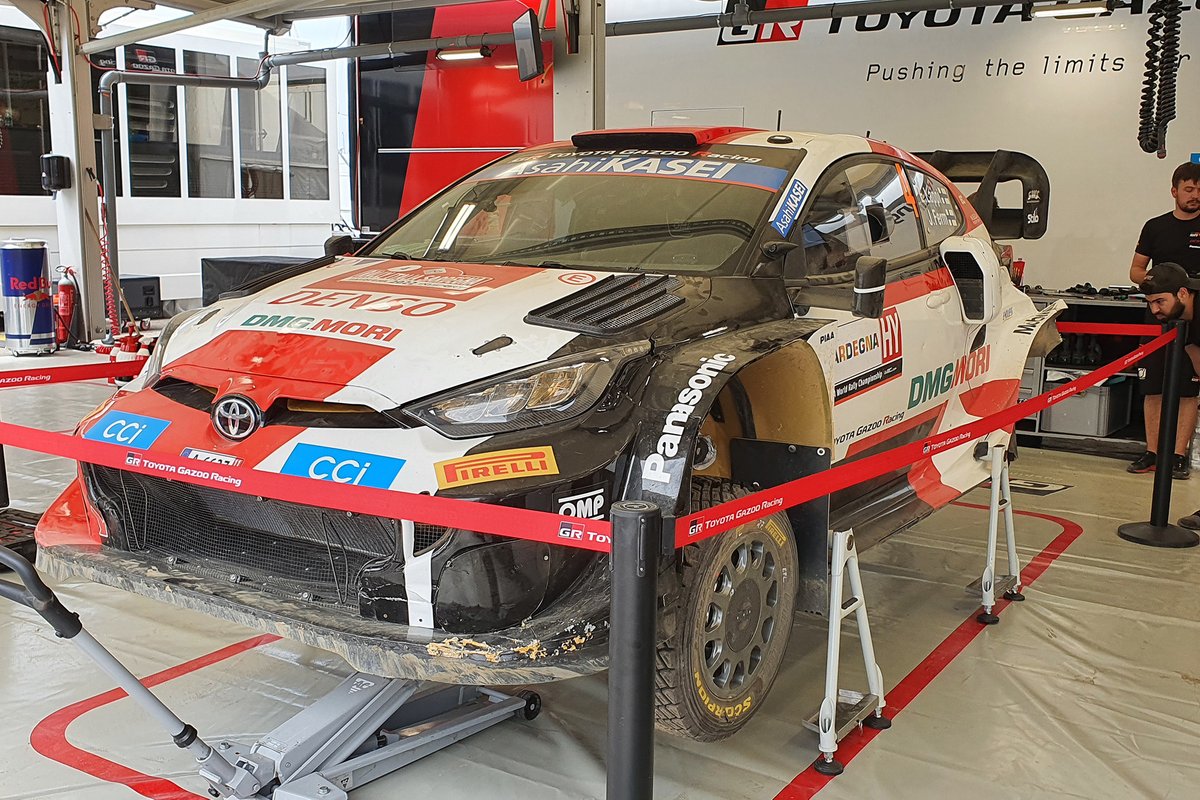 Lappi is however set to return to action on Sunday where he will battle for power stage points alongside team-mate Elfyn Evans, who retired from Saturday’s action due to a rear suspension failure.

Evans has so far endured a challenging trip to Sardinia after retiring from the lead on Friday due to water leak picked up from a heavy impact in a compression.

“There was actually not much of an impact with a loose stone on the line and unfortunately there was something broken at the rear,” said Evans. “We continued and tried to make a temporary repair, but it didn’t hold up so we had to retire unfortunately.

“Tomorrow the aim is to see what we can do on the power stage. It is never easy to know if it is possible from the start of the pack, but we will try and see what is possible.”

“I’m feeling quite tired to be honest, it was a tough day," said Rovanpera. "It was a bit too tight [the schedule] in my opinion, with only a short break in the midday, other than that I’m happy to be here.

“We tried some different set ups for today. In the morning it was a completely different car and midday we tried something new.

“I think tomorrow we will just try to keep this position and then of course try to get something on the power stage.”