Lappi, who shared the third GR Yaris with Sebastien Ogier this year, has watched Rovanpera dominate the WRC, winning six rallies, with five wins coming starting from first on the road.

The 31-year-old Finn has known Rovanpera from an early age, and revealed in the lead up to the latter’s title success in New Zealand, that he did attempt to coach the WRC’s new youngest ever world champion 10 years go.

Reflecting on the season, Lappi admitted that most of the WRC drivers have been amazed by Rovanpera's performances this season.

“I don’t think it is the fans and spectators who think he is incredible, it is also most of the drivers that are thinking the same way,” said Lappi.

“He is a pretty normal guy outside of the rally life. It is hard to actually understand why he is so good. At least what I have seen is he is very relaxed all of the time, he just doesn’t care. He gets into the car and just drives and then he concentrates 100% for sure.

“What is common between Kalle and Mr [Sebastien] Loeb [nine-time WRC champion] is they are driving all of the time in some machine, and for sure that is not a bad thing at all.” 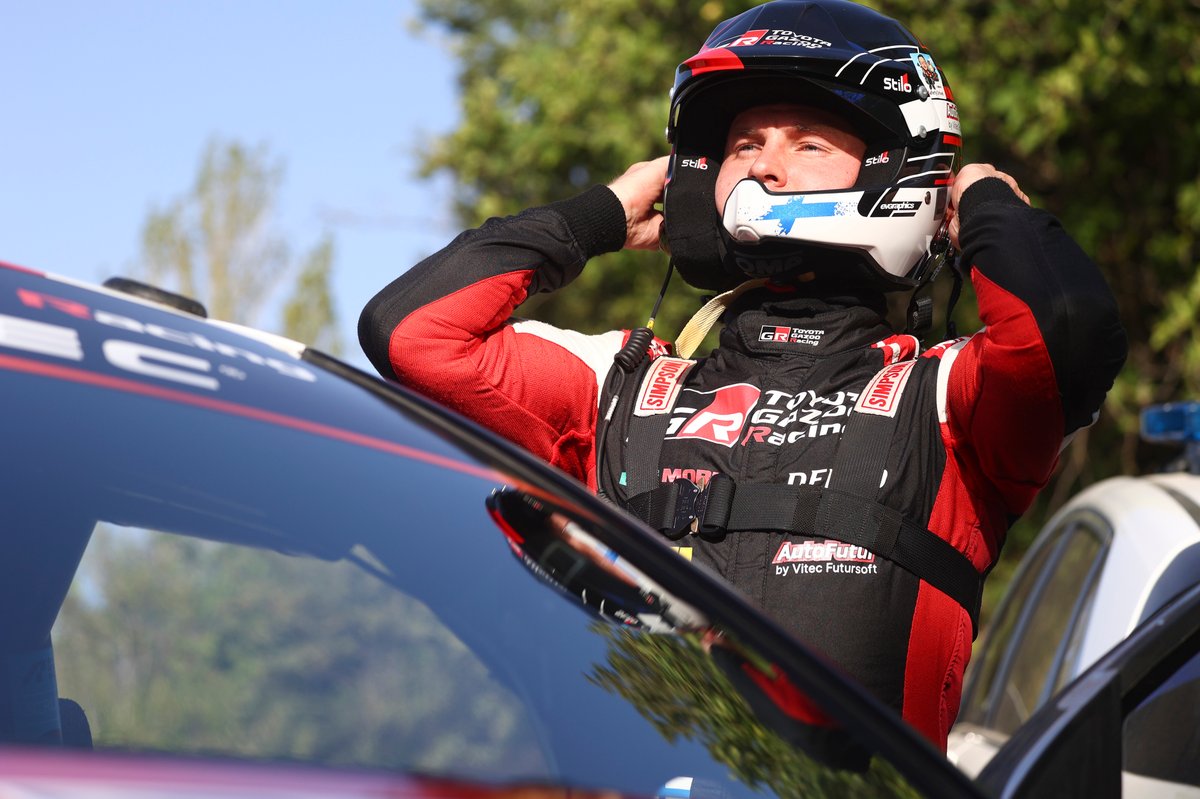 Asked about the enormity of becoming the WRC’s youngest ever world champion, at the age of 22, Lappi believes it is a milestone the championship needed. He also believes the category needs a new hero figure similar to that of Verstappen in Formula 1, and is hopeful Rovanpera can fill that void for the WRC.

“Definitely it is [a moment for the sport] but in the end I think that is really good for the sport and it is what the sport needs,” he added. “It needs heroes like Max Verstappen and that is exactly what is going to happen, hopefully.

“This is not a huge surprise. I have known for a few years that this will happen sooner or later, that he will become a champion.

“There was a time 10 years ago he was driving a four wheel drive S2000 Fiesta, that was my car, and I went to teach him. But the problem was that I couldn’t teach him, and from that moment I said to my wife “we are f*****” for the future and I was not wrong,” Lappi smiled.

“But being there and witnessing the moment it is cool to be part of it. It is nice to see these young guys doing an amazing performance and proving they really deserve this title.

“I don’t think he needs any tips [for the future]. First of all he is too advanced. When I was 22 I didn’t even sit in a rally car, it is a different set up. As long as he keeps his feet on the ground and doesn’t think everything comes easy, and keeps working like he does, and has a good team around him, the future looks very bright.”

While Solberg added: “Huge congrats to the newest WRC champion Kalle Rovanpera. The youngest ever, and it is soo deserved - you and Jonne Halttunen have just been incredible, a proper inspiration!

“We’ve been friends for years now and I’m very happy for you - time to celebrate.”