Hyundai Motorsport has announced its 2023 World Rally Championship driver line-up that includes the signings of Esapekka Lappi and Craig Breen.

Hyundai sparked the start of the WRC silly season when it announced it was to part ways with Oliver Solberg, who had been sharing the third i20 N with Sordo this season.

It then found itself requiring a second driver after Tanak exercised an option to end his contract with the team a year early.

As a result, Lappi will now fill the seat vacated by Tanak and will contest a full WRC season for the first since since his 2020 campaign with M-Sport.

The Finn was widely tipped to take the Hyundai seat following Tanak's departure after impressing on his return to WRC’s top flight this year, sharing the third GR Yaris with Sebastien Ogier, where he scored three podiums from seven rounds.

Last year’s WRC2 champion Andreas Mikkelsen was the favourite to land the seat until Lappi emerged as a contender.

“Life is full of surprises! Getting a chance to join Hyundai Motorsport and to drive a full-calendar WRC program was something we didn’t expect,” said Lappi.

“This is truly a dream and a unique opportunity; we are very happy to join the Hyundai Motorsport family.

“The team showed during the 2022 season that it is capable of developing the car a lot during the season and has chances to win on every surface.

“From what I've heard already, 2023 looks very promising. We are well aware that there is a lot of work to do, but with Janne [Ferme, co-driver], I am committed to it.

“I believe we have a lot to give to the whole team. I want to thank Hyundai Motorsport for demonstrating their trust in us; we will do everything we can to be successful and to achieve our common goals.” 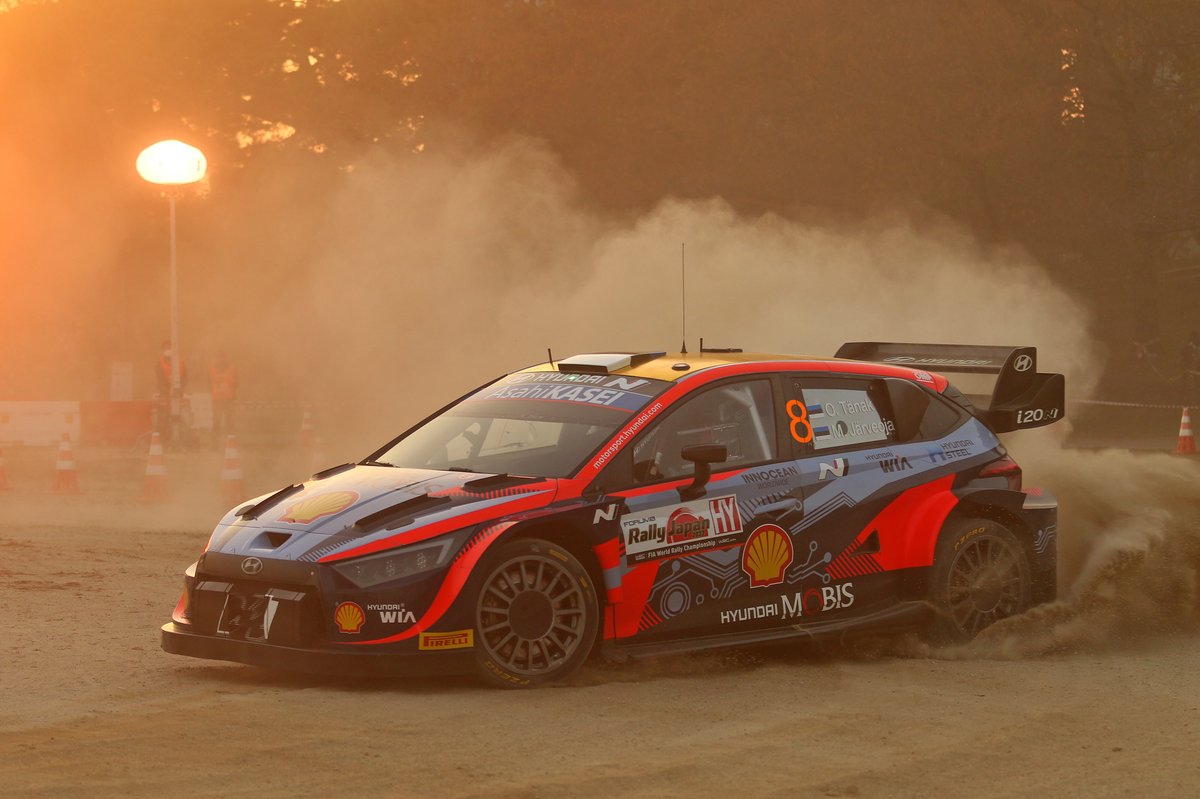 Hyundai cited a wish to sign experienced drivers following its decision not to renew its deal with Solberg for the third car. To fulfil that objective, the team has agreed to extend is agreement with Sordo, who will now contest his 19th season in the WRC.

“The decision to sign again with Hyundai Motorsport was a clear and easy one for me; over ten years they have become a family,” said Sordo.

“This is my team and where I belong. They have offered me another season in which I can share the third car with another crew, which suits my personal preferences. I am motivated to support the team and the other crews as much as I can.”

Sordo will share the drive with Breen following the Irishman’s departure from a two-year deal with M-Sport a year early.

The move will see the 32-year-old, who endured a difficult year at M-Sport, rejoin the Alzenau-based squad in a similar role he held from 2019-2021, which yielded four podiums.

“Joining Hyundai Motorsport for the 2023 WRC season feels like a homecoming for me,” said Breen.

“We have secured some very memorable results together in the past, including several runner-up results, so hopefully I will be able to take that a step further.

“I have followed the team’s progress and development with interest this season, and I can see the momentum that has been building. Having the backing of a manufacturer team like Hyundai is special, and I’m sure we’ll have plenty more reasons to celebrate next season.”

The exact details as to how Sordo and Breen will split the drive in third car is yet to be announced.