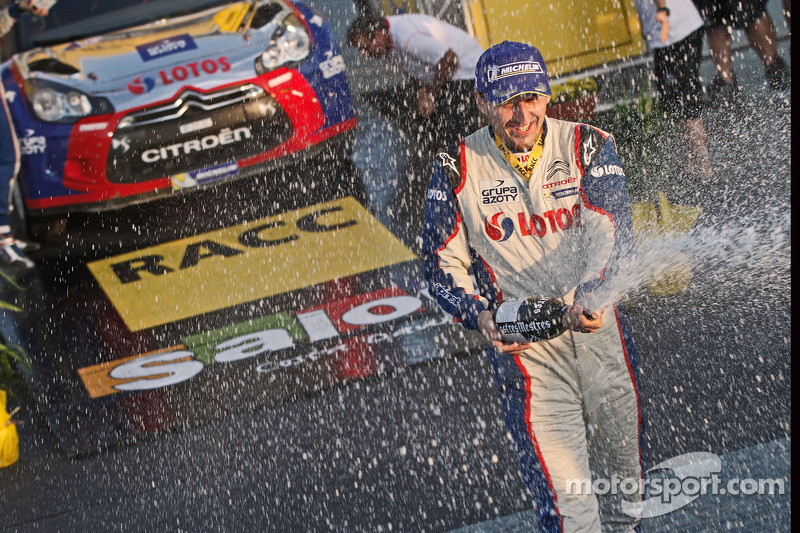 Robert Kubica claimed the FIA WRC2 crown at the end of a perfect season.

Robert Kubica and Maciek Baran dominated on tarmac and then controlled from the front on gravel to take their fifth win of the year at Rally de España. The Pole thus claimed the FIA WRC2 crown at the end of a perfect season, which he will conclude at the wheel of a DS3 WRC at next month’s Wales Rally GB.

The seventh and final event of Robert Kubica’s WRC2 programme, Rally de España provided the Pole with a major challenge since he had a chance to wrap up the title with a podium finish. Having already won four times this season (in Greece, Sardinia, Germany and France), the Citroën DS3 RRC driver was determined to finish in style whilst also accumulating as much experience as possible at the championship’s only mixed surface event. 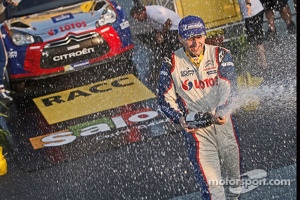 After setting off from the square in front of Barcelona Cathedral, the competitors contested three night stages on Friday evening. On the first 21km-long stage, Robert Kubica beat his nearest rival by some 26 seconds! Maintaining his impressive form on the other two stages, he ended the first leg over 50s ahead of Elfyn Evans.

Keeping up his good pace the next day, he consolidated his lead at the rate of around half a second per kilometre. At the midday service, the gap to second place was 1:31.0. After winning the rally’s first eight stages, Robert only eased off slightly on the Salou super special stage. As Evans retired at that point, his lead over the second-placed driver exceeded the four-minute barrier!

With such a big lead, the challenge on day three was to finish the rally without jeopardizing the result taking shape. Whilst remaining focussed, Robert conceded a few seconds on the opening stages. However, he set the fastest time on the final two stages to finish the race in style, beating Yazeed Al-Rajhi into second by over five minutes.

Having scored 144 points out of a maximum possible of 150, Robert Kubica therefore becomes the first ever WRC2 champion. It is a title that crowns a season full of discoveries for the Pole: “Perhaps you’ll think that this result has been easily obtained, but I can assure you that it has been difficult from start to finish! When I began my season in Portugal, it was my first rally on gravel and I had to come up with answers to the hundreds of questions I had. After that, every event was totally different to the ones that went before, including those on tarmac. I would like to thank everyone who has contributed to this success, starting with Citroën Racing, PH Sport and my partner Lotos, without whom I wouldn‘t be here today.”

Robert also admitted that he wouldn’t be resting on his laurels for very long, preferring to focus on the challenges ahead: “In fact, I never really celebrated my win at the 2008 Canadian Grand Prix, so don’t expect any big celebrations from me! If people are happy that I have had some good results, then I’m pleased for them! The main thing for me is that I have improved, that I have made progress on gravel in spite of the limitations of my arm… I still have a lot of work to do before I can be totally satisfied, because I am very demanding of myself.”

In recognition of their performances, Robert Kubica and Maciek Baran will line up at Wales Rally GB (13-17 November) in the DS3 WRC of the Abu Dhabi Citroën Total World Rally Team.

M-Sport looks to the future