Next weekend’s fixture will mark the Pole’s maiden outing at the championship’s traditional opener.

As the 2014 FIA World Rally Championship (WRC) embarks on the first round of the season next week, so too will Robert Kubica and Maciej Szczepaniak make their competitive debut behind the wheel of their RK M-Sport World Rally Team Ford Fiesta RS WRC.

As a weekend of firsts, next weekend’s fixture will also mark the Pole’s maiden outing at the championship’s traditional opener. As one of the most challenging events of the year, Rallye Monte-Carlo is famed for its unforgiving stages – treacherous roads littered with a combination of ice, snow and dry asphalt.

Success is often found in compromise, and a daunting task awaits the Formula One race winner as he gets to grips with both his new machinery and the changeable conditions on offer. Of course there are few individuals whose dedication and passion are as high, and Kubica will be keen to make the most of his debut – gaining experience and confidence with each new kilometre. 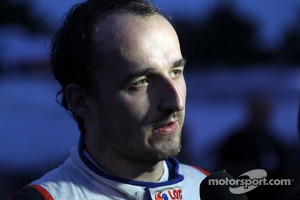 The Pole certainly collected a wealth of experience at last weekend’s Internationale Jänner Rallye. As the first round of the European Rally Championship, the Austrian event provided the perfect pre-season warm-up with conditions similar to those traditionally found in the Principality: and Kubica coped with them supremely, securing victory on his competitive debut with the Fiesta.

He and the team managed their tyre strategy brilliantly. Piloting a Ford Fiesta RRC, he and Szczepaniak went into the final stage with a 11.8 second deficit to make-up. Opting for the optimum tyre choice, Kubica took half a minute out of his rival to secure the win by an impressive 19.9 seconds.

As he takes to the wheel of the Fiesta in its WRC guise, the lessons in strategy and precision driving will hold the Pole in good stead as he looks to make the most of his WRC debut with the M-Sport team.

Robert Kubica: “As a new chapter in my rally career begins, I am really looking forward to next week’s Rallye Monte-Carlo. It is a big challenge that should never be underestimated. My priority is to gain priceless experience while I participate there for the first time.”

A new look for a new season: M-Sport’s 2014 livery revealed