Toyota confirmed this morning that the pair will withdraw from the Greek classic due to a family emergency for Williams that has required the Brit to return home immediately.

Williams has been standing in as co-driver for Katsuta while regular co-driver Daniel Barritt recovers from a back injury sustained in Rally Estonia, that forced the pair to withdraw from the event prematurely.

Given the timing the news of Williams’ family emergency, Toyota was unable to find a replacement co-driver and has elected to withdraw Katsuta.

Prior to the event Katsuta told Motorsport.com that Barritt would be in attendance in Greece but is not ready to make a comeback, with Williams expected to continue as co-driver for the next round in Finland in October.

“Unfortunately Takamoto Katsuta and Keaton Williams will not start the Acropolis Rally after Keaton had to return home because of a family emergency,” read a Toyota team statement. 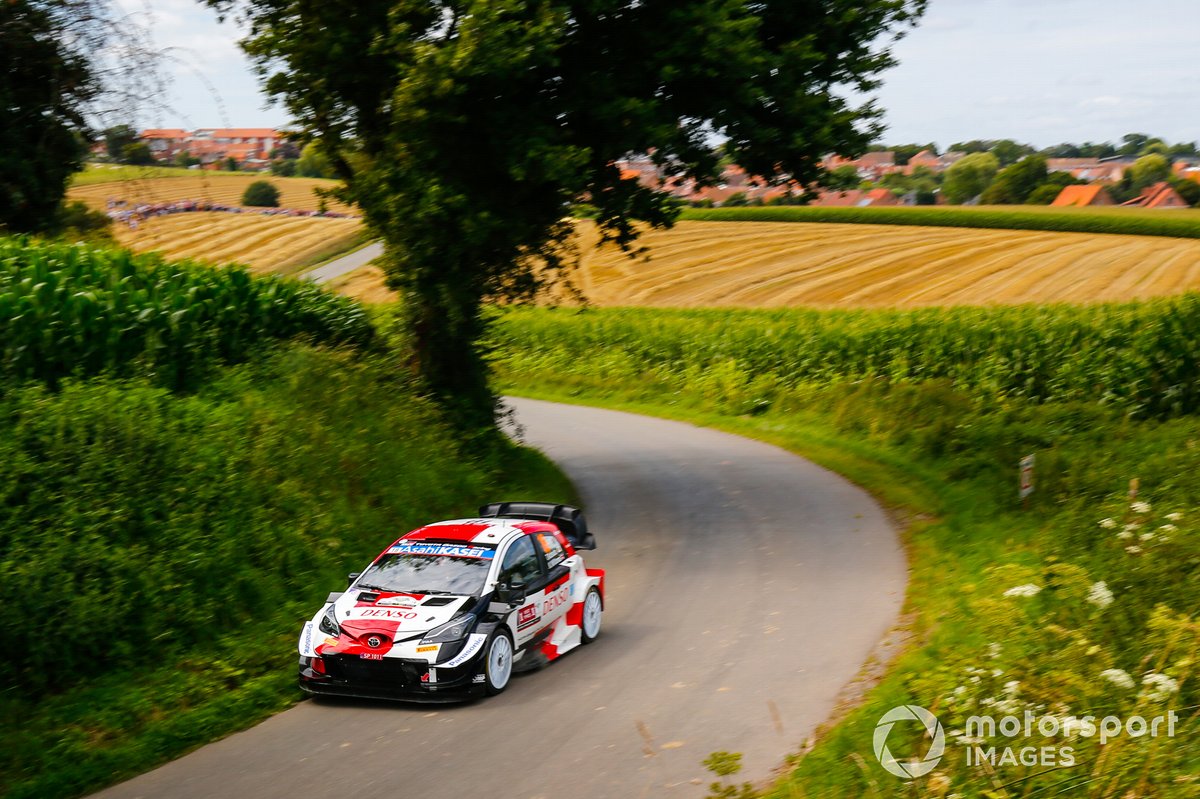 “It was not possible to bring in another co-driver at this late stage, so the decision was made to not take part in the rally.”

Speaking prior to the event, Katsuta was looking forward to his first Acropolis Rally.

"It is going to be interesting as to what is going to happen. After the last rally it is better to stay on the road but some sections you have to push as you cannot get any good results. I need to find the balance.”

The Acropolis Rally begins with a super special stage in Athens on Thursday evening.