Takamoto Katsuta has admitted he would prefer to remain in Toyota's effective World Rally Championship 'B' team than be promoted to the third manufacturer entry next year.

The Japanese driver that has come through Toyota's junior driver programme has emerged as one of 2021's surprise packages, highlighted by a maiden WRC podium after finishing second at June's Safari Rally.

In fact, up until an uncharacteristic crash at Rally Ypres last month, Katsuta was the only driver to have finished every rally inside the top six this season, such has been his improved speed and consistency.

Katsuta's impressive displays driving Toyota's fourth car led to calls for a possible promotion to the team's third full manufacturer entry for next season given Sebastien Ogier's decision to scale back to a partial campaign next year.

While Esapekka Lappi has emerged as the favourite to land that seat alongside Ogier, following his recall to the team for Rally Finland in a fifth car, Katsuta says he would prefer a full 2022 season that would be provided by a fourth entry.

"You never know about the future but it looks as though it is going to continue to be like this now," Katsuta told Motorsport.com.

"I don't think I will be the factory driver because it looks like Seb Ogier will share the car with someone.

"I suggested to the team that if it is possible I would like to do the full season because now the most important thing for me is experience.

"I need to do rallies as much as possible, this is the main thing for me. Even if it is the fourth car I would like to do a full season, if I could choose, that way would be best.

"I think the team guys are thinking the same way and I would be very happy with that. I hope it is going to be like that."

Katsuta will return to WRC action this week at the famous Acropolis Rally, his first attempt at the Greek classic that returns to the championship for the first time since 2013.

The 28-year-old is set to continue alongside stand-in co-driver Keaton Williams while regular Daniel Barritt continues to recover from a back injury sustained in Estonia in July.

Williams is also set to join Katsuta at October's Rally Finland although the Toyota driver has confirmed Barritt will attend events in Greece and Finland to support the pair.

"The plan is that I will go to Greece and Finland with Keaton. He is a young co-driver but he has big motivation for rallying, so I'm very happy to be working with him," Katsuta added. 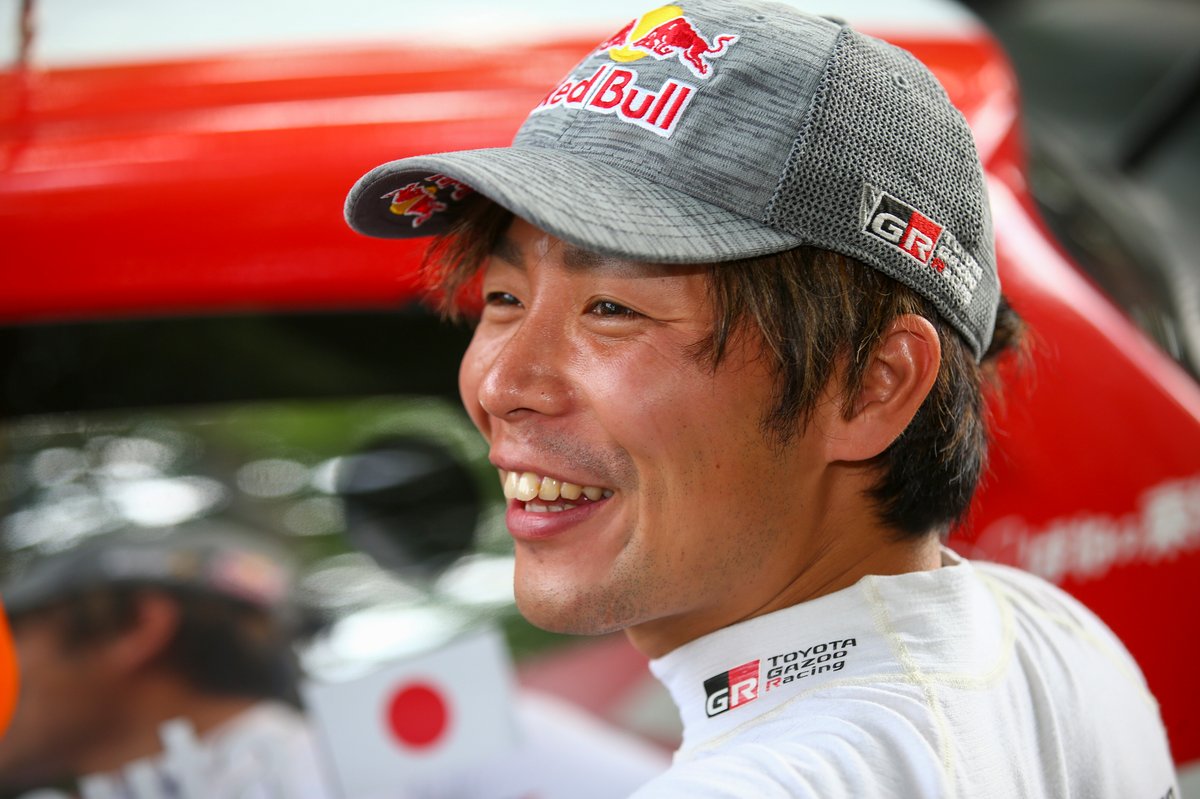 "Dan is still supporting me and he will come to events and also Greece to help us.

"It is going to be interesting as to what is going to happen. After the last rally it is better to stay on the road but some sections you have to push as you cannot get any good results. I need to find the balance."

Katsuta hopes to contest at least one rally with Barritt re-installed as co-driver before the season is over.

"He [Dan] is feeling OK for the moment. We are not sure, we are still discussing with the team what we can do for the rest of the year," he said.

"My hope is that I will be able to do one or two rallies with him this year, but [I'm] not sure yet."