Ex-Formula 1 driver Jos Verstappen says son Max Verstappen thinks he is “crazy” for taking up rallying, but is supportive of his father’s World Rally Championship debut this weekend.

Jos Verstappen is set to join the WRC ranks at Ypres Rally Belgium where he will pilot a WRC2 specification Citroen C3 in the tough asphalt event.

The 50-year-old, who chalked up 106 starts during his F1 career with Benetton, Simtek, Footwork, Tyrrell, Stewart, Arrows and Minardi only took up rallying a year and a half ago.

This year Verstappen made his competitive rally debut, driving the C3, in the Belgian Rally Championship, with this weekend’s outing at Ypres Rally Belgium only the fifth rally of his career.

Speaking to select media including Motorsport.com, Verstappen says his F1 world champion son has taken an interest in rallying, and is keenly following his father’s progress in switching from circuit racing to rally.

“He thinks I’m crazy,” smiled Verstappen, when asked what Max thinks of his career change. “But he understands and he enjoys it. I have him on the phone every day. He likes it and he enjoys it as long as I have fun.”

“Once you have the feeling it doesn’t matter what car you drive,” Verstappen added. “We had this trackday and he [Max] was very fast, I had no chance.” 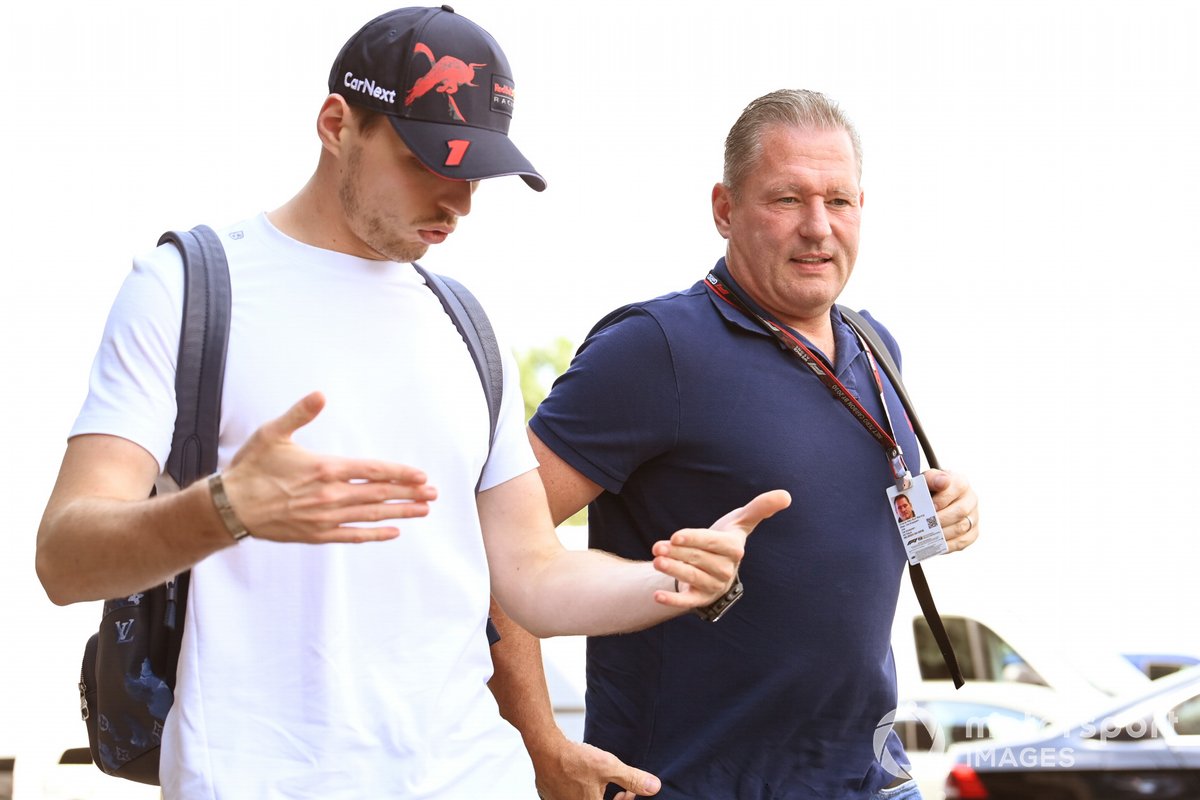 Fun has been the key ingredient that has sparked Jos Verstappen’s decision to embark on a foray into rallying, admitting that the discipline mirrors the feeling of adrenaline experienced when racing in F1.

“It is excitement at every stage,” he said. “When you do a Formula 1 race you have that excitement before the race and then you have the start and that starts the adrenaline.

“But here in rally you have this eight times a day. Then it is so exciting because you don’t know the circuit and you have to listen, and this makes it exciting.

Looking ahead to this weekend’s rally, Verstappen says finishing the 281.58km event is the target as he looks to continue his steep learning curve, that he hopes will lead to further outings in the WRC next year.

“To finish, this is the main goal,” he added.

“It is a long [event] but it is going for the whole week but physically it shouldn’t be a problem. I will have to stay calm and try to finish it as there is a lot of stages but it is good, that is why I’m here.

“You have to take your time, of course you want to go on the limit with the cars but you have to adapt to what is coming. Nobody knows how the track will be after 30 cars have been through.

“I hope we can go through the first day and get that experience in.”