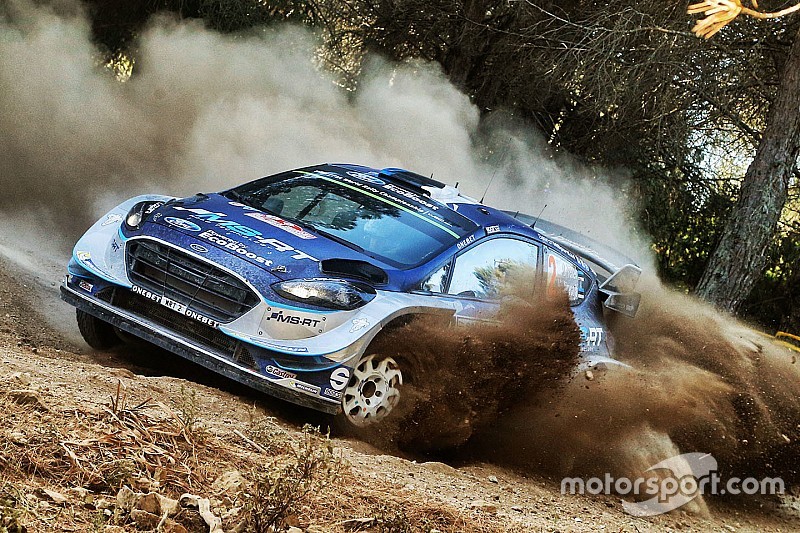 M-Sport’s Ott Tanak grabbed the lead in Rally Italy on Saturday afternoon, after Hayden Paddon was forced to retire his Hyundai following a crash.

The rear-right of Paddon’s car was on fire after the incident and, despite making it to the end of SS13 in fourth, he had to retire on the road section after the stage.

Tanak went quickest both on that stage and the following one, and rounded out his day with a second place to extend his new-found lead to 24.3 seconds over Jari-Matti Latvala’s Toyota.

The Finn couldn’t match Tanak for raw speed, but could end up closer to the Estonian as he and his team are lobbying rally organisers to be awarded time back after being caught behind a slow-moving Mads Ostberg.

Thierry Neuville, who likely would have inherited the lead if not for brake trouble in the morning, now lies third, 37.9s behind Latvala.

He also has a minute in hand over fourth placed man, Esapekka Lappi.

The WRC rookie benefitted from his Toyota teammate Juho Hanninen having a spin and power steering issues in the last stage of the afternoon.

Lappi added another stage win to the three he collected on Friday by topping the second run through Monte Lerno, just as his teammate hit trouble.

He does have half a minute gap over Ostberg, the Norwegian's SS15 run troubled by his car pulling in different directions under braking.

Andreas Mikkelsen’s Citroen baptism of fire continues as he suffered front differential problems on the last stage of the day in eighth.