WRC Belgium leader Neuville conscious “nothing is done yet”

Thierry Neuville is refusing to get ahead of himself despite being in the box seat to end Hyundai’s World Rally Championship drought with victory on home soil at Rally Ypres.

Neuville has so far produced a faultless performance scoring seven stage wins to open up a 10.1s lead over team-mate Craig Breen, with Toyota’s Elfyn Evans some 42.4s adrift of the pair.

Hyundai team boss Andrea Adamo has instructed his drivers to bring home the one-two result to further ease the pressure on Neuville and Breen.

Despite being in a comfortable position Neuville is refusing to think about his victory chances given Hyundai has seen likely wins snatched from their grasp in the last four rallies. Neuville was seemingly on course for a comfortable win at the Safari Rally in June when his rear suspension failed on the final day.

“It feels good but I’m also conscious that there is still one more day to go, and there are going to be different stages and a new profile and setting,” said Neuville. “They will be very different to the stages we’ve had so far, so nothing is done yet. We have to be clever, but I hope we can have a nice day.

“Obviously the target for both of us [myself and Craig] will be to finish the day tomorrow without any trouble and bring home important manufacturers' points for the team, which could give us a boost in the championship again.” 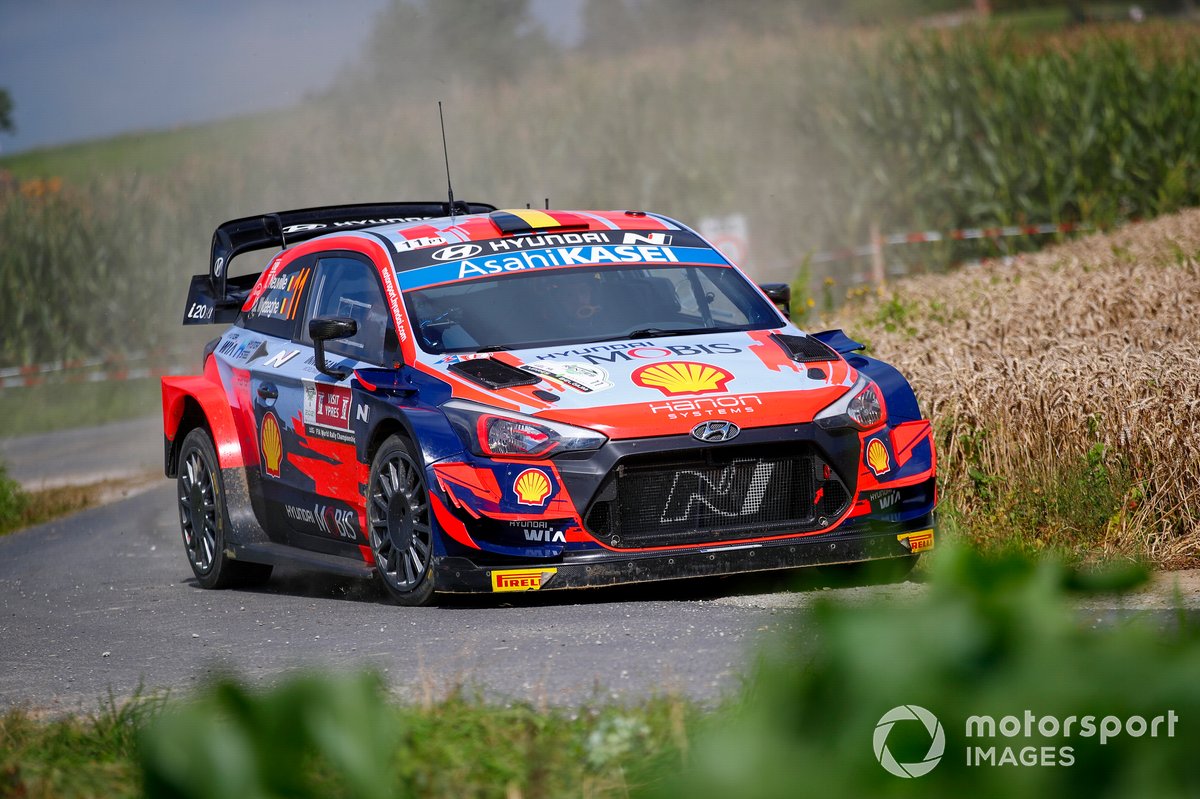 Neuville’s cautiousness has been echoed by team boss Adamo, who says victory is far from guaranteed.

“We have finished the day with a 1-2. It’s a pity that it’s not a 1-2-3 but Ypres is a rally full of tricky places, and Ott [Tanak] found one [with a puncture],” said Adamo. “There is a long trip to Spa-Francorchamps tomorrow, which will be very different stages and we will have some new tricks to master and to be mindful of.

“This rally is not over but it is, for sure, nice to be in this sort of position heading into the final day.”

Ogier could see his lead cut as the seven-time champion currently sits fifth in Belgium, but is only 4.3s adrift of the final podium spot.

Belgium WRC: Neuville in control while Toyotas fight for third