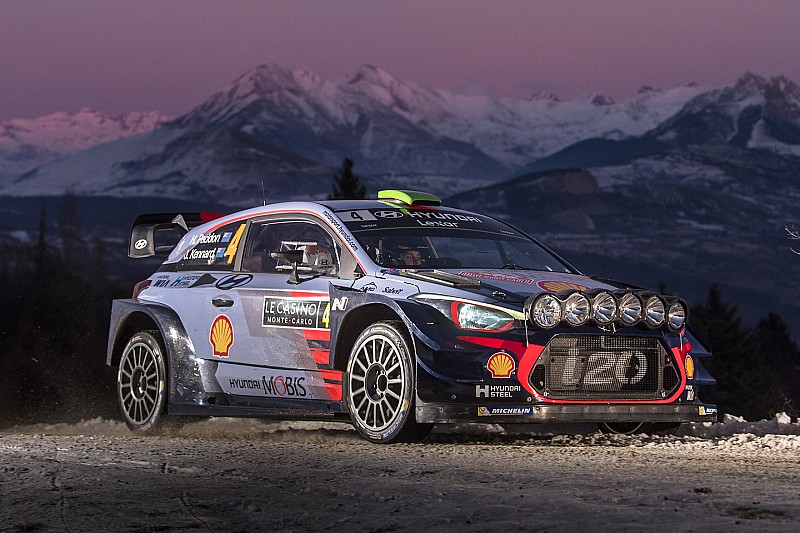 The Kiwi’s i20 Coupe WRC rolled onto its side after failing to make an icy left-hand corner close to the end of the test.

The damage to the car was superficial and under normal circumstances it would have made it to the end of the stage and continued in the event. The first stage was cancelled following the accident and Paddon’s car remained at the scene of the crash.

The team announced ahead of the start of Friday’s action that the number four Hyundai would not restart under Rally 2 regulations.

Team principal Michel Nandan said: “We are all deeply saddened to learn of the passing of the spectator on Thursday evening.

"As a mark of respect, we have taken the decision to withdraw the number four car of Hayden and John from this weekend’s rally. Our thoughts and sincerest condolences go out to everyone affected.”

Paddon explained the accident, saying: “That wasn’t the start we wanted to this first rally of the season. We got caught out by some black ice near the end of the first stage.

"The car snapped sideways and, from there, we were just passengers. There wasn’t much damage to the car but I’m sorry for the team, who have all put in so much work to get here.

"I am incredibly saddened by today's accident and my thoughts are with the family and friends of the person involved."

The remaining Hyundais of Thierry Neuville and Dani Sordo remain in the event, with the Belgian leading the rally by 7.8 seconds after registering the fastest time on SS2.