A water leak, triggered by a compression in the road, forced Thierry Neuville to retire from Rally Finland ending his slim World Rally Championship title hopes.

The Hyundai driver had been running in fifth when a compression on Saturday’s penultimate stage sparked a series of events that led to retirement.

Television cameras initially cut to Neuville slowing without his light pod on his bonnet of his i20.

Neuville has since confirmed that the bump in the road shook the car and worked the light pod loose, while internally the car suffered a water leak, and rising engine temperatures forced the Belgian to pull onto an access road to retire.

It is the latest in a series of unfortunate moments for the Rally Ypres winner, after power steering failure ended any hopes of victory at the Acropolis Rally last month.

“Everything was going well but after a few kilometres into the stage there was a fast flat left coming out of the forest with some compression, and after the compression the light pod came off, and immediately we got the water pressure alarm,” said Neuville. “Three corners later I saw the temperature was going higher and higher so we knew it will be difficult to get to the end, and we tried, but unfortunately the leak was too big and I had to retire.

“It was a good day [up until that point], the speed was there and we were able to control the position and hold out position, but unfortunately there was nothing I could do.” 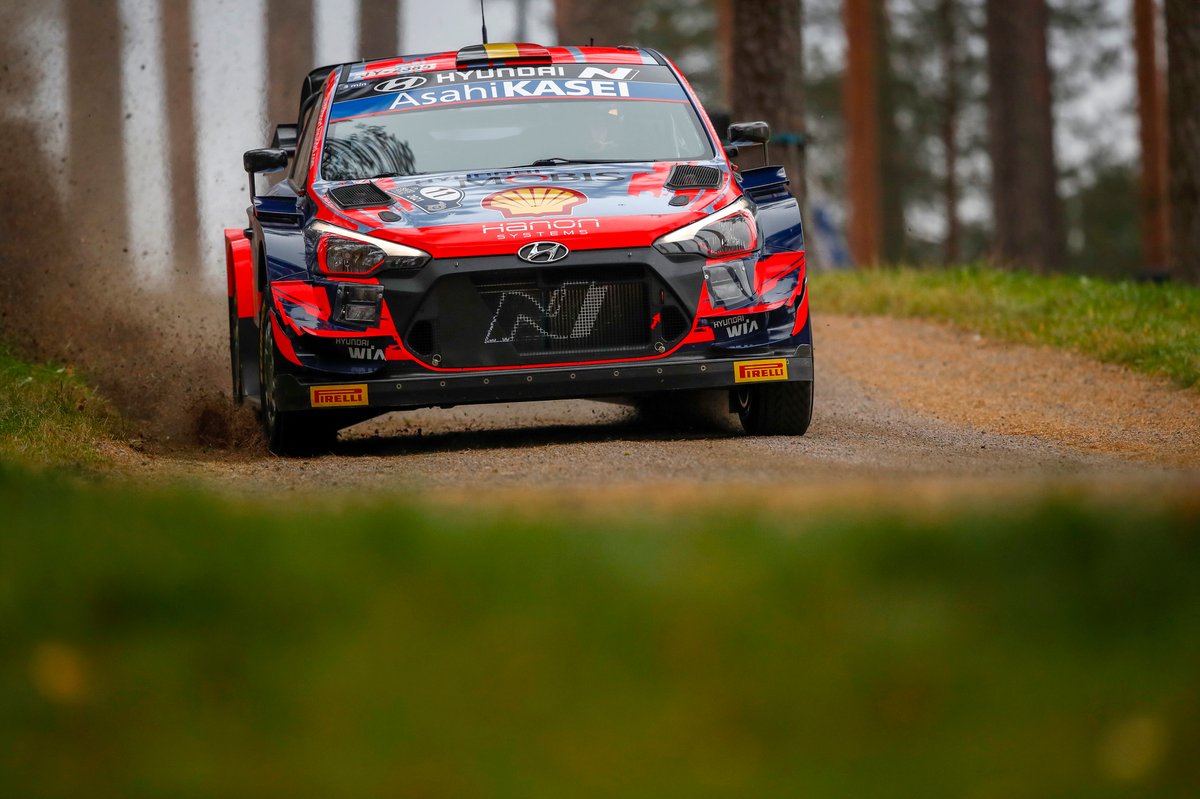 Hyundai has confirmed the damage will prevent Neuville from rejoining the rally on Sunday to fight for vital Power Stage points needed to keep his title hopes alive.

“The water being there to cool the engine and it was not in the system so the engine was not so happy. I would not bet on something nice,” said Adamo, when asked if Neuville would be in action on Sunday.