The reaction from “destroying so many things” during a disastrous Safari Rally Kenya paved the way for Hyundai’s historic maiden World Rally Championship 1-2-3, according to the team.

Hyundai has been forced to play catch-up to its rivals this season following a late decision to commit to the WRC's new-for-2022 Rally1 hybrid regulations.

The squad was further hampered by an upheaval of its structure following Andrea Adamo's decision to leave the team principal role for personal reasons in December last year.

The delay in developing the i20 N left the team on the back foot, with its frailties highlighted by several reliability issues that plagued the first half of the campaign.

However, since then, Hyundai has gone on to score four wins, matching its best-ever season win total, equalling the quartet of victories secured in 2017 and 2019, the latter yielding the manufacturers' title.

Ott Tanak has led the team's charge with wins in Sardinia, Finland and Belgium before Neuville led home Tanak and Dani Sordo at this weekend's notoriously brutal Acropolis Rally Greece to crown an impressive turnaround.

Speaking following the triumph, Hyundai deputy team director Julien Moncet admitted that "nobody would have put a single euro on the team at the start of the year" such was the situation it was facing.

Reflecting on the history-making result, Moncet believes the suffering it went through in Kenya in June, where it encountered several reliability issues, was the key to achieving the result in Greece. 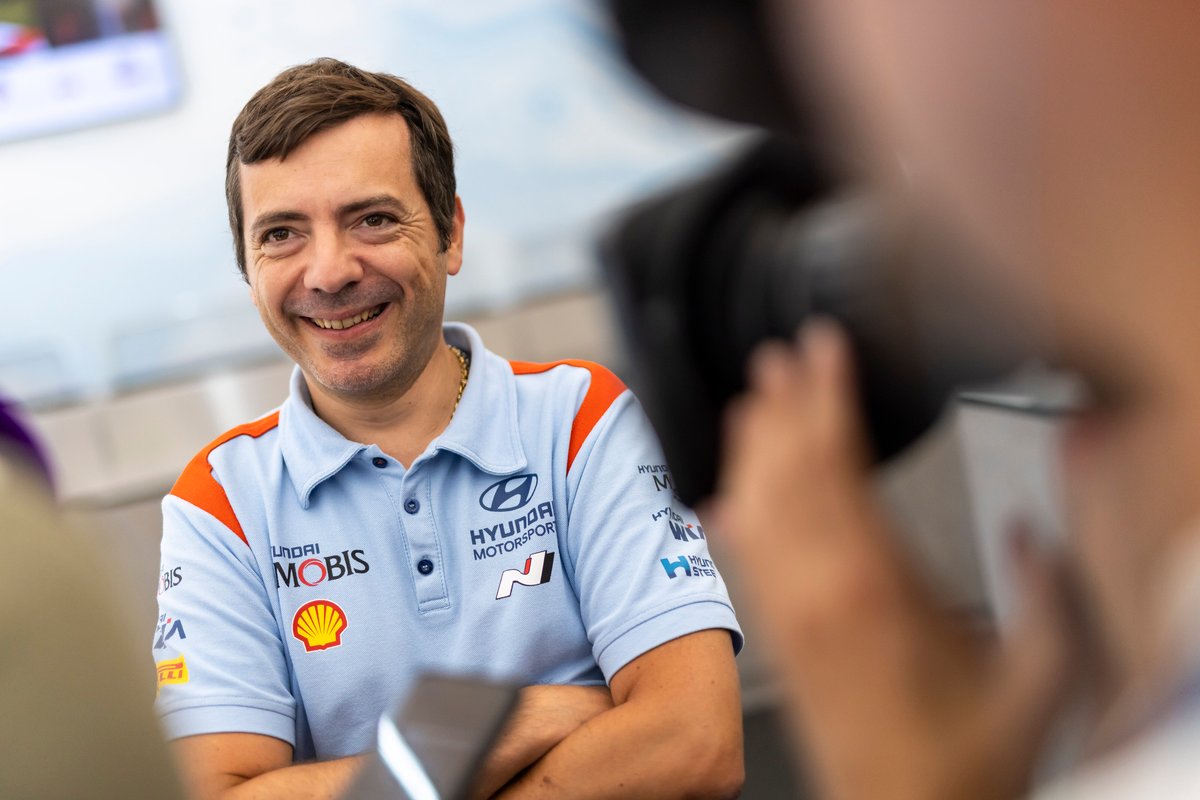 "We started to wake up and improve in Croatia, Portugal and Sardinia. But then in Kenya again we were nowhere and I think that event was so hard for us and we destroyed so many things, and we had so many issues, that we have learned a lot.

"We had it in our mind that after we came back from Kenya to prepare for the next tough rally which was Greece. So maybe from our misfortune we made our luck here."

Despite the reliability issues and internal struggles within the organisation regarding its leadership, Moncet said he never lost faith in his team to turn around its form following a difficult start to the WRC's Rally1 era.

"Basically the team is the same as before," he added. "We have been able to win in the past and there is no reason we couldn't do it again.

"Of course we were super late at the start [with the car]. The question was not if we would be able to but when [we could recover] because everyone was working hard.

"Once we managed to get through the reliability issues, which was our most critical weakness at the start of the season, we then started working on performance and then here we are now.

"Honestly, it is a surprise that it has come that early and to score three wins in a row is incredible.

"For sure, the performance of the car is good but if you look at what our strength was this weekend, it was reliability.

"We had not so much in terms of issues at such a tough place like Greece and that made the difference."