Hyundai boss Andrea Adamo says it would be “stupid” to make Dani Sordo a scapegoat as victory hopes were dashed on a brutal World Rally Championship day at Sardinia.

Sordo, sitting a relatively comfortable second, rolled his i20 Coupe when he ran wide and hit a culvert that ripped the right rear wheel from the car and pitched it into a roll.

The crash came just hours after the team witnessed Ott Tanak retire from a comfortable 40.5s lead when the Estonian hit a rock on Stage 12 that proved terminal for his Hyundai i20.

It is the second event in a row where the Korean marque has thrown away a commanding start to a rally, having dominated Friday’s running, as Tanak led Sordo after sharing the honours in the opening eight stages.

While clearly devastated by the demise of Tanak and then Sordo, Adamo refused to make two-time Sardinia winner Sordo a scapegoat for the latest blow to Hyundai’s Rally Sardinia campaign.

“We are here to win as a team and we lose as a team,” said Adamo. “How can I get consolation saying it’s a driver mistake?” he replied, when asked if there was any consolation in Sordo’s retirement being a driver error rather than a mechanical issue. I’m not here blaming drivers, team this and that.

“The worst [thing] that you can do now is to chase who made a mistake, it’s stupid. I think we have enough tension in this moment. When you have this kind of moment, the worst you can do is to try and have a scapegoat. 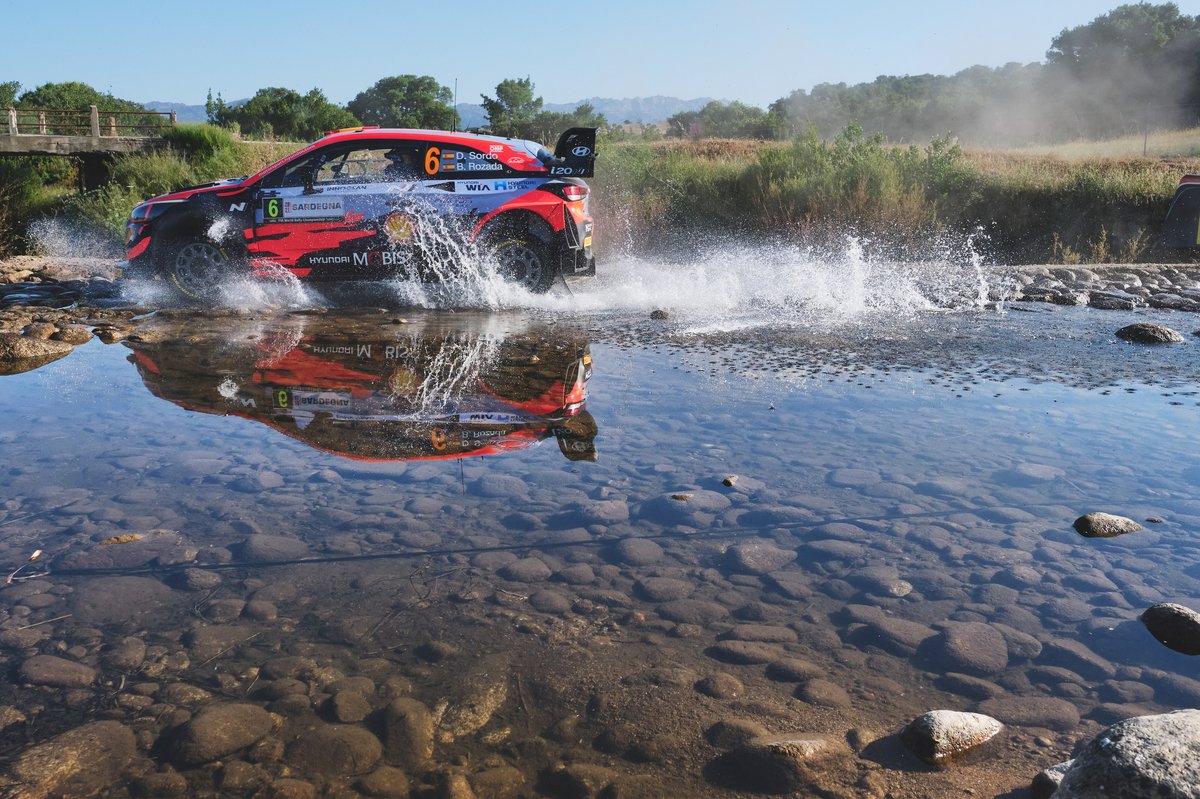 “Once you have a scapegoat, what do you get? Do we really need now to blame Dani now for a mistake? I’m sure I’d be more stupid than I am now.

“Now in this moment we have to understand where we have to improve and it’s clear, we know where, it’s not something that is so difficult to understand and we have to stay calm as long as possible. But the least that we can do is to go around and make me or someone else pointing the fingers around to someone.”

Adamo says the focus is on trying to repair Tanak and Sordo’s cars instead of motivating his crew for tomorrow (Sunday), in the hope of salvaging some points on the Power Stage.

“Motivation is a word that is used and abused in my opinion,” added Adamo. “In this moment the least that my people need, being as sad as me, is me joking around and things like this.

“It’s not a matter of hug and say ‘next time it will be better’ or this kind of stupid things that are good for movies. For sure, it’s frustrating but it’s not the end until it’s end.

“The winner is the one who is still pushing until the last minute and I think the one leading now [Ogier] is the best example.”