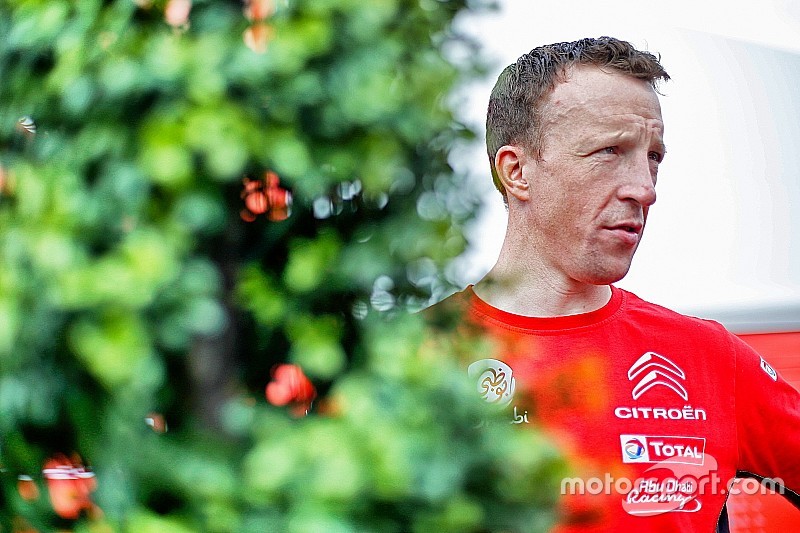 Meeke turned in too sharply at one of the 1.3-mile course's many hairpins, clouting the concrete barrier with his Citroen's right-front wheel and instantly breaking the steering.

He limped on for a short distance before parking the car, with the stage then delayed by just over a quarter of an hour as a recovery truck was sent in to retrieve the broken C3.

Citroen should be able to repair the car at service, but Meeke will take a 10-minute Rally2 penalty before beginning Friday's stages.

While Meeke crashed, his Citroen teammates Craig Breen and Andreas Mikkelsen were third and fourth fastest, having both spent time at the head of the standings.

But a potential Citroen one-two was spoiled by Tanak bringing his M-Sport Ford around the short superspecial a second faster than Breen late in the order.

Tanak was subsequently toppled by Skoda Fabia R5 driver Kopecky, who beat the Estonian by 0.3s to grab the outright lead.

Ogier equalled Mikkelsen's time, but Neuville admitted he was cautious after seeing Meeke's crash as he had thrown away his Rally Sweden lead in February in a similar superspecial incident.

Rally Finland winner was 12th fastest in the second-best of the Toyotas, level with teammate Juho Hanninen.