The Ford Fiesta RS World Rally Car makes its asphalt rally debut when Rallye Deutschland (19 - 21 August) signals the opening sealed surface round of this season's FIA World Rally Championship. The car competed in gravel specification on asphalt in Argentina in May, but this eighth round of the series will be the first opportunity to see the Fiesta RS WRC in action in full asphalt trim.

Drivers Mikko Hirvonen and Jarmo Lehtinen and team-mates Jari-Matti Latvala and Miikka Anttila tested the new-for-2011 car on asphalt in France and Spain during its development. After further testing in France in June, they will complete preparations with a test in Germany which started today (Friday), during which each driver will take the wheel for two days. 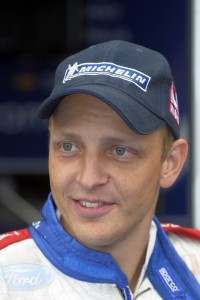 Rallye Deutschland is the first of three asphalt rallies in the closing five rounds, and perhaps the most difficult. It is based in Trier, Germany's oldest city, which is close to the border with Luxembourg. The ever-present threat of rain combined with the changing characteristics and surface of the speed tests ensures that conditions are remarkably unpredictable.

The special stages cover three vastly different types of roads. Bumpy, narrow tracks among the vineyards on the banks of the Mosel river comprise the first and third legs. Fast sections linked by hairpin bends trace an undulating route as the roads rise and fall on the hillsides among the grapes. Corners are frequently hidden by overhanging vines and there is little rhythm to the artificial tracks.

The public roads that wind through the Saarland countryside during the second leg are faster and more flowing. They are often wooded and can be treacherous in the wet.

But the Baumholder military land, used by US soldiers for tank training, provide the sternest test. Wide asphalt contrasts with bumpy and abrasive concrete, which demands high durability from Michelin's tyres. The slightest mistake can be punished by high kerbstones, known as hinkelsteins, which line the roads to keep the tanks in position. The tracks are always dirty, a mix of sand and gravel making conditions slippery in the dry and lethal in the wet.

Hirvonen has six previous starts in the rally, claiming third in 2007 and the 31-year-old Finn is confident the Fiesta RS WRC will do well in its debut asphalt outing. Rallye Deutschland will see Hirvonen and co-driver Jarmo Lehtinen start their 100th WRC event for Ford.

We have high hopes for the Fiesta on asphalt.

"We have high hopes for the Fiesta on asphalt," he said. "From our testing we know it works well on that surface and we believe we can make good results. I enjoy driving the German stages when the conditions are dry, particularly in the vineyards where the grip is usually excellent. In the wet, it's a different matter because the roads become dirty with a lot of mud and gravel dragged onto them.

"Michelin's tyres are excellent on asphalt in dry conditions. If it rains heavily the roads become incredibly slippery and it's tough for the tyres. But it's the same for everyone because the regulations limit our tyre options and we have to work with that. The weather is a key factor in Germany and it's possible to win by being lucky. It changes so quickly that every driver can have different conditions on the same stage and if you have some lucky breaks, it can turn the results upside down," he added.

Latvala's best result in Germany was fourth in 2010 and the 26-year-old Finn has seven previous starts to his name.

"This rally has a little bit of everything," said Latvala. "The surface in the vineyards is abrasive with many cuts and tight junctions, and the countryside stages also have many cuts. In both areas a lot of dirt is dragged onto the surface from the cuts, and if it's wet this dirt is muddy and extremely slippery. In Baumholder, the situation is different because you simply must not cut. The roads are wide but are lined with 50cm high hinkelsteins on both sides, so there's no room for error.

"The Fiesta is well-balanced, especially through a combination of corners, and it should be strong in the vineyards especially. The unpredictable weather can make this a stressful rally. Because there is no dedicated wet weather tyre, it's a compromise between speed and grip if it rains. But at least it's the same compromise for everyone," added Latvala. 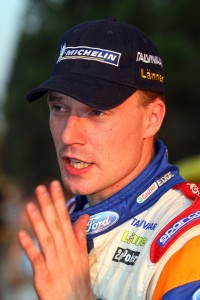 - Michelin's Pilot Sport asphalt tyre will be used by the Ford Abu Dhabi drivers and will be available in both hard and soft compounds. Drivers will be allocated a mix of hard and soft tyres for the event. Their selection during the rally, which will depend on the weather and the nature of the road surface, must come from that allocation only. Teams are not allowed to hand-carve additional cuts into the tyres and each car can carry two spare wheels.

- The rally is the sixth round of the S-WRC support category. Four registered Ford Fiesta S2000 cars are entered, headed by Martin Prokop / Jan Tomanek, who lie second in the championship. It is also the fourth round of the FIA WRC Academy, the sport's new training programme for young drivers, which is supported by Ford. Sixteen crews will compete over the first two days of the rally in identical Fiesta R2 rally cars, which have been supplied by Ford and prepared by M-Sport. Thirty-two of the 84 competitors are entered in Ford cars.

This year's route has been trimmed by almost 50km, much of it cut from the famous Panzerplatte test on the Baumholder military land, but virtually all the roads will be familiar to drivers. The rally is again based around the service park in Trier and the city's historic Porta Nigra, a UNESCO World heritage site, hosts both Thursday's start and Sunday's finish. Friday's opening leg is almost identical to last year and is based in the Mosel area. Saturday's competition is split between tests in northern Saarland and Baumholder and includes two tests not used since 2008. The final day returns to the Mosel vineyards before the rally ends with a spectacular street stage around Porta Nigra. Drivers tackle 19 stages in a route of 1245.96km.