Finland WRC: Tanak pulls away as Latvala reels in Ostberg 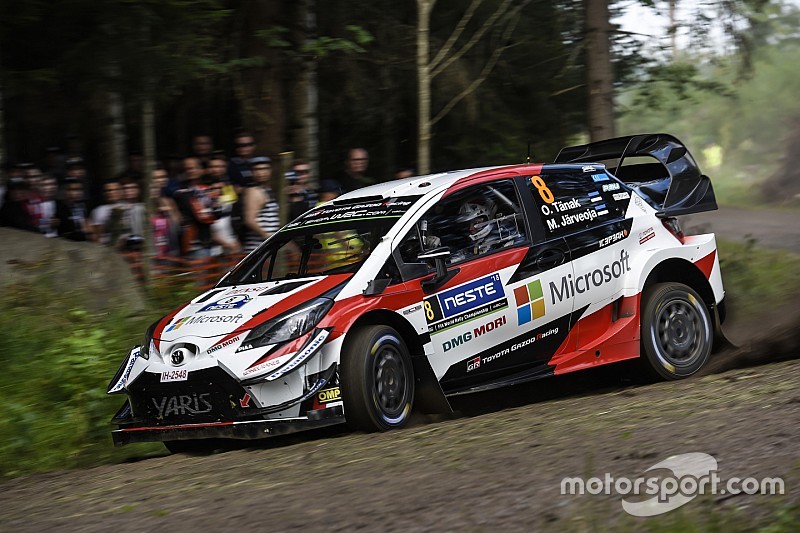 A controlled run through the Saturday afternoon stages meant he extended his advantage to 39.9s despite a minor power steering worry.

Tanak's escape was helped by erstwhile lead rival Mads Ostberg struggling with the tyre wear on his Citroen.

Even though he took two spare tyres compared to most others' one, Ostberg still felt he had run out of rubber by the start of the day's final stage.

That encouraged Jari-Matti Latvala to push to give Toyota a one-two, and he closed the gap to Ostberg from 20s to 5.4s by the end of the leg.

Lappi, who had fallen to 10th when his car stalled on Friday's opener, was fastest on three of the afternoon's four stages.

WRC title contender Ogier has not been able to make up any ground during Saturday and said M-Sport's new aero package - fitted just to his car - is simply not working yet, lamenting the fact he had only one day of testing with it.

But Ogier is still on course to outscore championship leader Thierry Neuville, who is a distant 10th behind Craig Breen.

The third Hyundai of Andreas Mikkelsen is back up to 11th after crashing on Friday, but is four and a half minutes away from the points.

Kalle Rovanpera had dominated WRC2 for Skoda until the day's penultimate stage, when he hit a rock and sustained suspension damage.

Initially fearing he would be out, Rovanpera managed to effect a makeshift repair so he could limp to the end of the day - which he managed despite having to drive most of the final stage with the Fabia's bonnet obscuring his windscreen after it flew up.

Finland WRC: Tanak set for win as Lappi crashes out