Elfyn Evans is yet to set a timeframe on securing his World Rally Championship future but is happy at Toyota and will begin to look at his 2022 plans soon.

Last year’s WRC runner-up has remerged as a key player in the championship’s silly season now Thierry Neuville and 2019 WRC champion Ott Tanak have put pen to paper on new deals at Hyundai.

Toyota is keen to retain Evans who would be likely to secure the number one driver status in the team next year should Sebastien Ogier reduce his WRC commitments to a partial campaign as the WRC ushers in new hybrid Rally1 regulations for next year.

It is also expected that Kalle Rovanpera will be retained by Toyota.

However, M-Sport is also looking for a team leader for 2022, with Evans, who drove for the British team from 2013 to 2019, before switching for Toyota, a key target on its wish list for next year.

Last year’s championship runner-up says he has not put too much thought into his plans for next year but is keen avoid negotiations that drag on.

Evans also revealed that he is yet to properly study the new Toyota GR Yaris WRC car after the manufacturer released a video and images of its 2022 challenger.

“Not really no,” Evans told Motorsport.com when asked when he would like to have his 2022 deal sorted, ahead of this weekend’s Rally Sardegna.

“It is no secret and it is quite obvious that it is in everybody’s interest to get it done sooner rather than later when it comes to working with new cars or preparing for that.

“There is no specific timeframe but I don’t expect it to drag out until December.

“It has been so busy with these back-to-back events. It has been very difficult to put too much focus on that side at the moment.

“I think normally it would be quite early to talk about these kind of things but of course Ott [Tanak] and Thierry made their moves quite early.

“Of course it is in everybody’s interest to move forward with the 2022 regulations I guess discussions will happen sooner than normal, but at this moment I have tried to focus on these two events [Sardengen and Safari Rally] and maybe after that we can think about it a bit more.”

When asked if it would be a good time to leave Toyota ahead of a big rule change, Evans added: “I don’t know. Who knows, obviously with a new set of regulations everybody is starting from a clean sheet of paper.

“I have to say I’m very happy where I am and things are working really well inside the team so let’s see how it goes.

“Let’s say I’m happy where I am and the team is doing great things. Of course it is a question I will have to ask myself.” 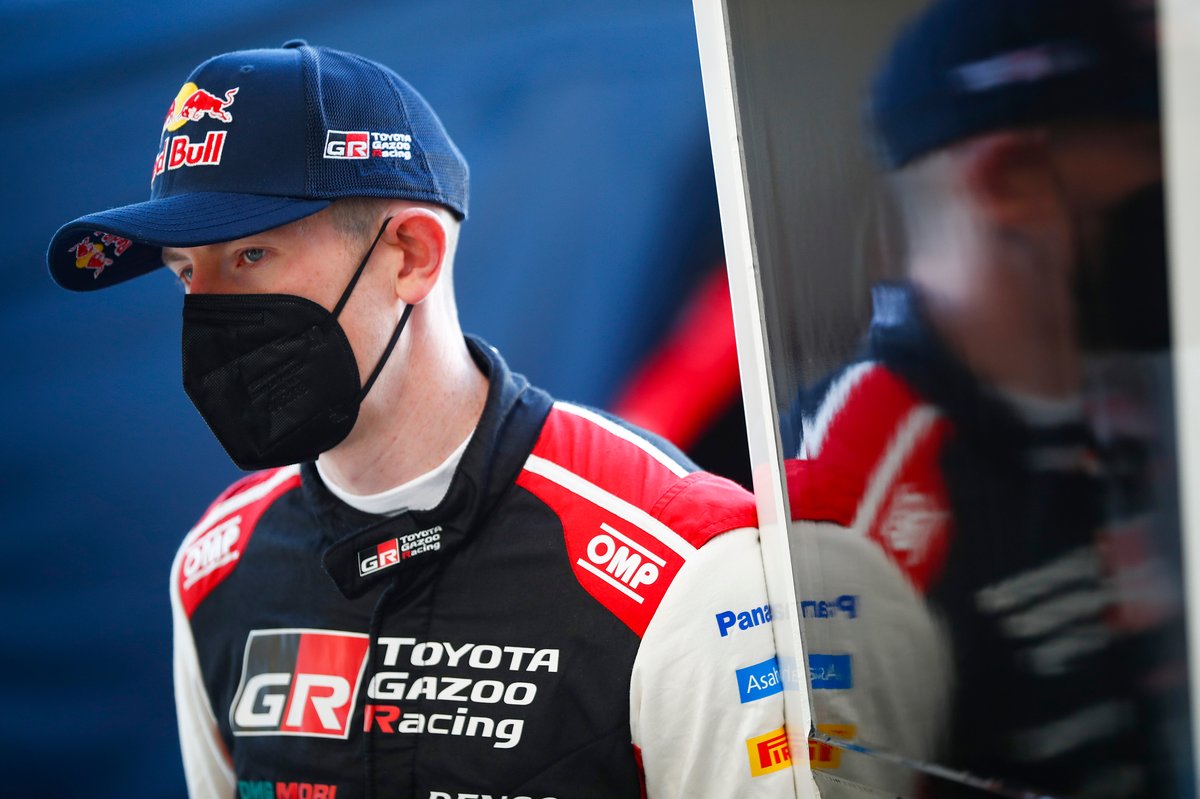 Like Evans, M-Sport has no timeframe in place to confirm its driver line up for next year, but admits it would like to welcome back the Welshman.

Team Principal, Richard Millener says Evans is firmly on list of candidates it would like to hold discussions with for next year.

The team is currently running Gus Greensmith in one Fiesta, while Finn Teemu Suninen and French rising star Adrien Fourmaux are sharing the second car.

Fourmaux has also been used in the recent Rally1 car development tests alongside Matthew Wilson.

“It would be silly to say that we are not considering all options,” said Millener.

“Two of them have gone that’s for sure there are still other options and Elfyn would be great.

"There are some stories about him wanting to continue at Toyota and he has just won a rally for them and he has a team built around him.

“It would be lovely to have him [Elfyn] back in the team, it is a big ask to see if he will come and I think it is clear in the press what Seb [Ogier] wants to do.

“We will talk to everyone we can and what we can do and at the moment we are concentrated on who we have and what the best opportunity is and if something happens in the meantime then great.

“Obviously we would like to get some structure in place as soon as we can because it is important for whoever we use to get time in the car as there will be a different strategy in driving the car.”

One name that has also emerged as a potential candidate is former Volkswagen and Hyundai factory driver Andreas Mikkelsen, who has been competing in WRC2 for the last two seasons.

“He [Andreas] is one of the drivers that is out there and it would be silly not to be discussing with but that doesn’t mean we have got any further than that,” added Millener.

“He’s done a good job in WRC2 and he maybe would like to be in WRC but there is nothing more than that at the moment.”