The largest group of World Rally Championship champions and a host of historic cars will assemble at Rally Portugal this month to celebrate the WRC's 50th season.

The championship has today announced a host of activities will take place at the first gravel event of the season (19-22 May) to mark its half century, following its inaugural event at Monte Carlo in 1973.

They will join nine-time champion Sebastien Loeb, eight-time winner Sebastien Ogier and 2019 champion Ott Tanak, who will be contesting the event for M-Sport Ford, Toyota and Hyundai respectively.

FIA deputy president Robert Reid, and former co-driver to the late 2001 champion Richard Burns, will head a list of the championship's most iconic co-drivers, including Sainz's longtime navigator Luis Moya and Derek Ringer, who partnered the late Colin McRae to the 1995 title. Christian Geistdorfer, Tiziano Siviero, Timo Rautiainen, and David Richards will also be present.

Michele Mouton, the only women to win a WRC event, will headline a group of the championship's most famous female competitors, including WRC Ladies' Cup winners Louise Aitken-Walker and Isolde Holderied.

A host of historic cars will be displayed at Rally Portugal's Exponor service park and fans will have a rare chance to see many complete demonstration runs through special stages across the weekend.

These include the Alpine A110, which won the first WRC round at Monte Carlo in the hands of Jean-Claude Andruet, a host of Group B monsters from Audi and Lancia, right up to Group A machinery of the 1990s such as the Toyota Corolla.

The celebrations, at what will be the WRC's 619th round, will begin with a gala dinner attended by newly installed FIA president Mohammed Ben Sulayem on Wednesday night. 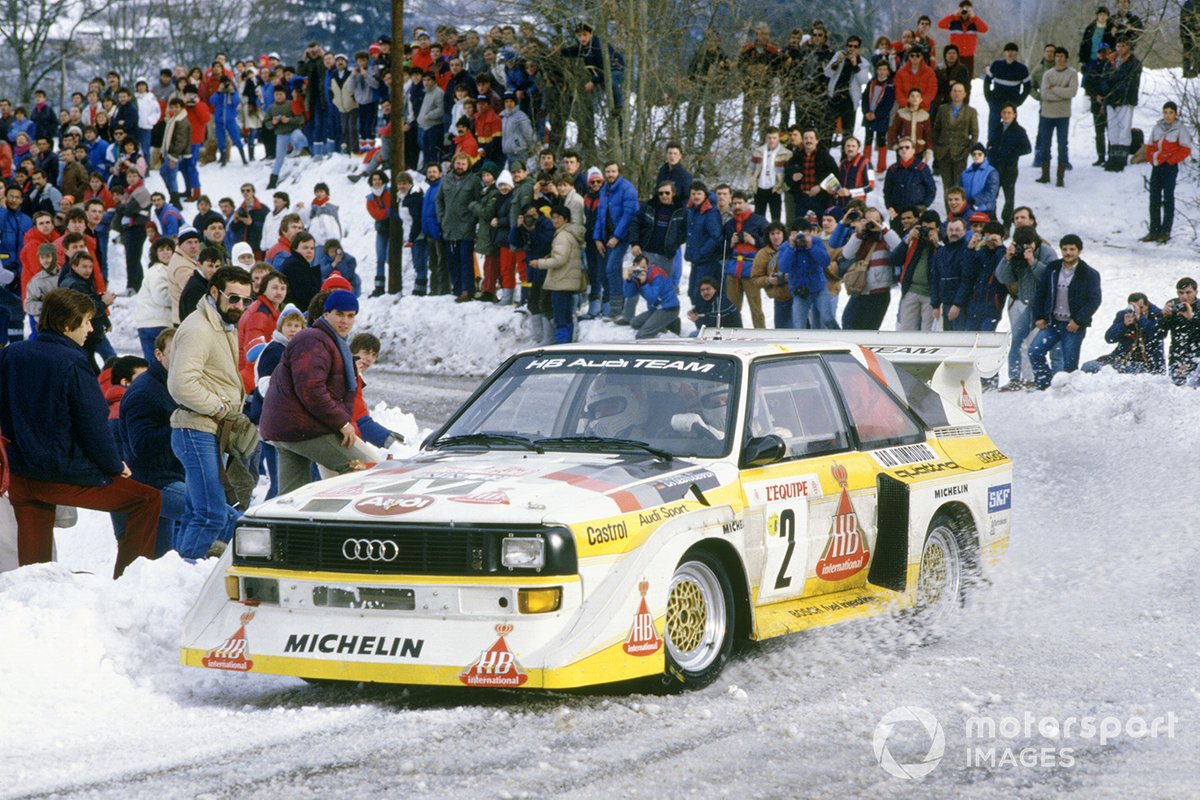 Historic vehicles will then complete demonstration runs through Thursday evening's opening stage in the centre of Coimbra, south of host city Porto. Further displays and parades will take place at Lousada on Friday evening and Saturday night's Porto-Foz street stage.

Two-time champion Rohrl is also set to headline a group of historic machinery which will tackle the rally's infamous Fafe stage on Sunday.

"Everyone has their own memories of the thrills, spills and excitement from the WRC and this is a marvellous one-off opportunity for those who have helped make the championship so special," said WRC Promoter managing director Jona Siebel.

"The list of WRC greats coming to Portugal, both human and mechanical, is mouth-watering and a reminder of what a wonderful sport we have the great fortune to be involved in.

"But this is also for the fans. The sights and sounds of great cars from yesteryear being driven through the stages will evoke spine-tingling memories from those watching roadside."

FIA president Mohammed Ben Sulayem added: "As the championship enters its 50th year, it's time to reflect on those remarkable accomplishments, celebrate past and present champions and look ahead to a bright future.

"I look forward to the upcoming festivities at Rally de Portugal, where the legends will be reunited."