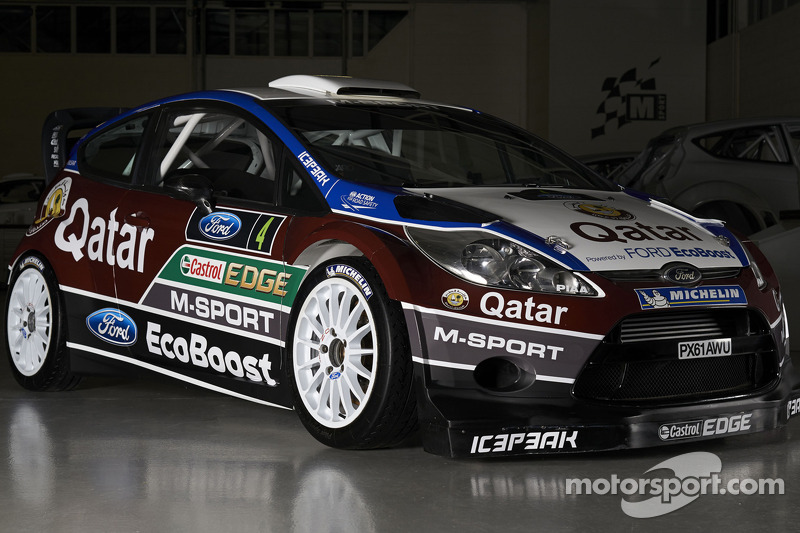 A challenging debut awaits the Qatar M-Sport and Qatar World Rally Teams next week as the outfits make their debuts in the FIA World Rally Championship (WRC) at the series’ traditional start to the season – Rallye Monte-Carlo. 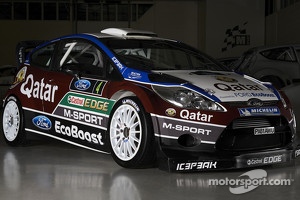 Famed as one of the most demanding and punishing rounds on the calendar, a strong result in Monte-Carlo is no mean feat, but Mads Østberg, Evgeny Novikov, Thierry Neuville and Juho Hänninen will be aiming for just that as the quartet embark on their 2013 campaign with the Ford Fiesta RS WRC.

Steeped in motorsport history, Rallye Monte-Carlo is regarded by many as the jewel in the WRC’s crown. But the glitz and glamour of the principality hide a demanding asphalt route through some of the region’s most treacherous mountain roads.

If this were not challenge enough, crews will have to be extra vigilant as Rally 2 regulations – which allow drivers to restart after a non-finish the following day on other events – will not apply.

Yet with two substantial tests in an array of varying conditions already complete, Qatar M-Sport’s quartet will be fully prepared for the demands ahead.

The tricky conditions could well play into the hands of Østberg and Novikov. This will be Østberg’s first venture to Monte-Carlo and only the second outing for the young Russian.

But with the prospect of snow covering some of the higher mountain tests and ice making the going exceedingly difficult, the conditions could well lessen the advantage of those with more experience of these notoriously difficult stages.

Novikov also secured an excellent fifth place finish on his debut last year and with the Qatar M-Sport duo having the benefit of some legendary names as part of their ice-note crews – Morten Østberg and Ola Floene for the Norwegian and Denis Giraudet and François Delecour for Novikov – the pairing will be well equipped.

Making their competitive debuts in the Ford Fiesta RS WRC, Neuville and Hänninen will also be looking for a strong result. This will be Neuville’s third time at Rallye Monte-Carlo and Belgium’s latest protégé will be looking to score his first points from the event for Qatar and M-Sport.

Despite this being his debut in a world rally car, Hänninen has an impressive record in Monte-Carlo – finishing second to Mikko Hirvonen’s Ford Fiesta S2000 in 2010 – and will be looking to make an early impact on the world stage next week.

Mads Østberg said: “First of all I am very excited to finally start the season. For me it will be a very big challenge as I have never competed in Monte-Carlo before.

I’m excited, but I know that I need to focus on all the details and do everything I can to ensure we are as best prepared as possible.

“I think if the rally is really difficult with lots of snow and ice, then the experience that the other drivers have won’t be as great.

But if it’s nice and clean, then experience of the stages is really important and could make a big difference in terms of stage times. Hopefully we will have some tricky conditions and be able to fight with the other drivers.

“It’s not easy to go to an event for the first time and fight for a podium. We need to be realistic, but if we have a good rally then a top five position is certainly possible.

If we are able to do that and score some good points for the championship then I will be really happy.”

Evgeny Novikov said: “I am feeling really good ahead of the new season. We have had two very successful tests – one in dry conditions this week and one in the wet last month.

This week’s test was really good as we learnt a lot about set-up and tyres but, most importantly, we now have some knowledge of almost all the conditions we could face next week.

Of course the weather in Monte-Carlo is always changing, but that is part of the challenge and we are feeling as well prepared as we can be.

“It will be difficult with no Rally 2 this year so that makes it all the more important to have a clean run and finish every stage. This will only be my second time competing [at Rallye Monte-Carlo] so it is important to gain as much experience and knowledge as possible.

Of course I will push where I can and when I have confidence, but we won’t be taking any big risks. The most important thing is to finish and score some good points for the team.”

Thierry Neuville said: “We had a very good test yesterday [Thursday] so I am feeling positive ahead of the event. This will be my first competitive outing in the Fiesta [RS WRC] and we leant a lot about set-up and tyre choices which is good.

There is still a lot to do – we just need to make sure we have a good recce to get a feel for the stages and be as well prepared as possible.

“For sure this is a difficult event – especially for us with this being our first event with the new car. This rally is a lot like a lottery so if you finish with no problems you are likely to not be in a bad position.

If we can secure a top-ten finish on our first rally with the team then that would be a good result for us on this difficult event.”

Juho Hänninen said: “We have had two very different tests in the lead-up to the rally – one very slippery in the wet before Christmas and one on some very quick, dry stages this week – which has been very good preparation.

“The difficulty with Rallye Monte-Carlo is that, as a driver, you need to understand that you cannot be the quickest all of the time.

This event is all about compromise – sometimes you need to drive slower than you might naturally want to and tyre selection can make all the difference.

“Thanks to this week’s test especially I am feeling really confident with the car. There is still a lot to learn, but we have a lot of kilometres behind the wheel now. Our confidence is growing all the time and we are ready to rally.

“I want to finish the event – it would of course be a pity to go home on Day 1 – but my main goal is to set some good stage times and try to challenge some of the more experienced WRC drivers.

Many of the stages I know from the past, and we want to be in Monaco on Friday and Saturday.”

Prodrive to run Nikara in Sweden