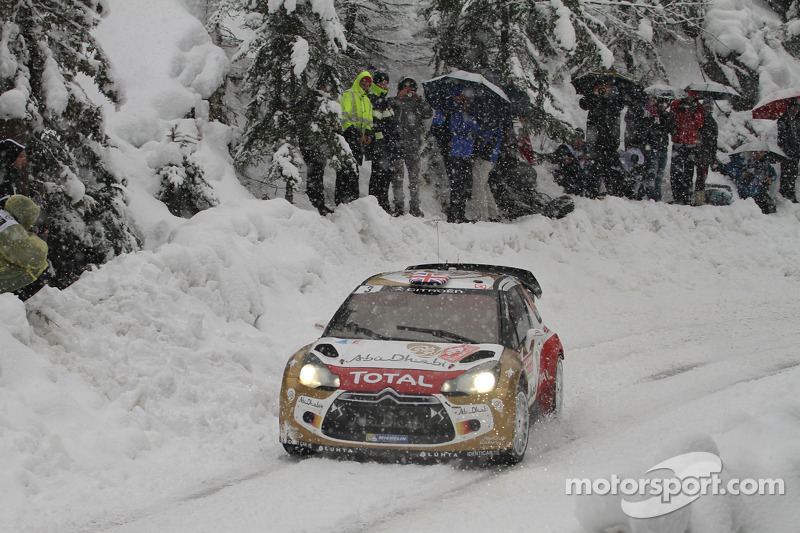 Kris Meeke finishes third, making him the first British driver to finish on the podium in the World Rally Championship in over a decade

The Brits are back in the World Rally Championship kicking off the season in style at the most famous but demanding rally in the world.

The 2014 World Rally Championship (WRC) blasted into action in the French Alps this weekend with the exacting Monte Carlo Rally and it was a special occasion for British rally fans. This is the first time since 2003 that two professional British drivers have started a full WRC campaign. Back then it was World Champions Colin McRae and Richard Burns. In 2014 the British return with Northern Ireland’s Kris Meeke in a works Citroën DS3 WRC and Welshman Elfyn Evans in an M-Sport Ford Fiesta RS WRC. 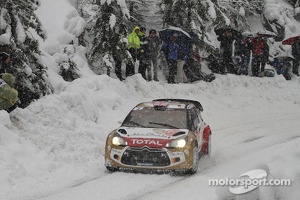 Meeke has finally earned himself a full-time works WRC drive with the Citroën Total Abu Dhabi World Rally Team with co-driver Paul Nagle, and he set out to impress. The Monte Carlo Rally has long been the jewel in the WRC crown, but is notoriously difficult with extremely changeable conditions. Despite this, the duo made a fantastic start, completing day one in second place overall.

Evans had a very impressive start on his debut with the M-Sport World Rally Team having graduated from the WRC2 class with co-driver Daniel Barritt. The debutants finished day one in sixth place overall, exceeding expectations for this unpredictable season opener.

The conditions were treacherous, catching out Thierry Neuville early on in the first stage in the all-new Hyundai i20, and after leading the rally in the early stages, ex-F1 racer Robert Kubica also crashed out of Special Stage nine. By Saturday evening conditions had deteriorated and Special Stage 14 was cancelled due to thick snow and fog.

Meeke and Evans are set to contest all 13 rounds of the 2014 WRC, culminating in the finale and only British round of the season, Wales Rally GB on 14 – 16 November 2014. Both drivers are already looking forward to competing in their home event and World Rally Passes are on sale now at www.walesrallygb.com.

Kris Meeke said: "What a rally this has been – so crazy. I’ve never witnessed anything like the snow in the Col du Turini. And then in this last stage, there was just so much water on the road everywhere; I don’t think I’ve ever driven so slowly. It’s a great result for us, and I really have to thank Yves [Matton, Citroen Racing Team Principal] for the faith that he’s shown in me. If I can finish this rally with no mistakes then I really think I can do it anywhere."

Elfyn Evans said: “I’m absolutely delighted to have made it to the finish in such a strong position. We managed to keep our noses clean all event – no moments, no dramas, no big slides. To drive round a tricky event like this, like we did, it is a big achievement for us and it fulfils everything we wanted from the weekend. There are a lot of people who made it all possible – the ice note crew being one, the team being another. It was a big step to come into a squad like this, and with a top car for my first outing on the Monte, so a big thanks to Malcolm [Wilson] and the team for the opportunity.”

M-Sport Team Principal, Malcolm Wilson OBE, said: “It’s been a fantastic start to Elfyn’s WRC campaign and he richly deserved this sixth place finish. He has coped well in one of the most difficult Montes for a number of years and it sends out a strong message that he has a great career ahead of him."

This is why Sébastien Ogier won the Rallye Monte Carlo - video