Toyota’s Takamoto Katsuta has emerged unscathed from a huge crash that ended his hopes of solid World Rally Championship points at Rally Ypres.

Katsuta was caught out by a compression on the high speed tarmac road during his run through the 12.49km Dikkebus stage, which triggered a frightening crash.

His Yaris WRC car flicked wide into a ditch and sent into a series of violent pirouettes and rolls before clattering into a telegraph pole, which then fell and blocked the stage, forcing organisers to red flag the test.

Katsuta and his stand-in co-driver Keaton Williams, who is replacing the injured Daniel Barritt, emerged from their battered Toyota under their own power.

Katsuta was occupying sixth overall before the crash.

"Unfortunately Takamoto Katsuta has crashed out on SS10. Thankfully both he and Keaton are out of the car and OK, but the stage has been blocked,” read a statement from Toyota.

“There was long left hand corner with a compression, he lost the car, and as we knew before the rally the difficulty here is when you go off the ditches are really sharp," said Latvala.

“He hit a ditch and there were concrete poles. The concrete pole broke, luckily it broke otherwise it can do even more damage. The car then ended up in a field. Crew are fine that is most important thing.” 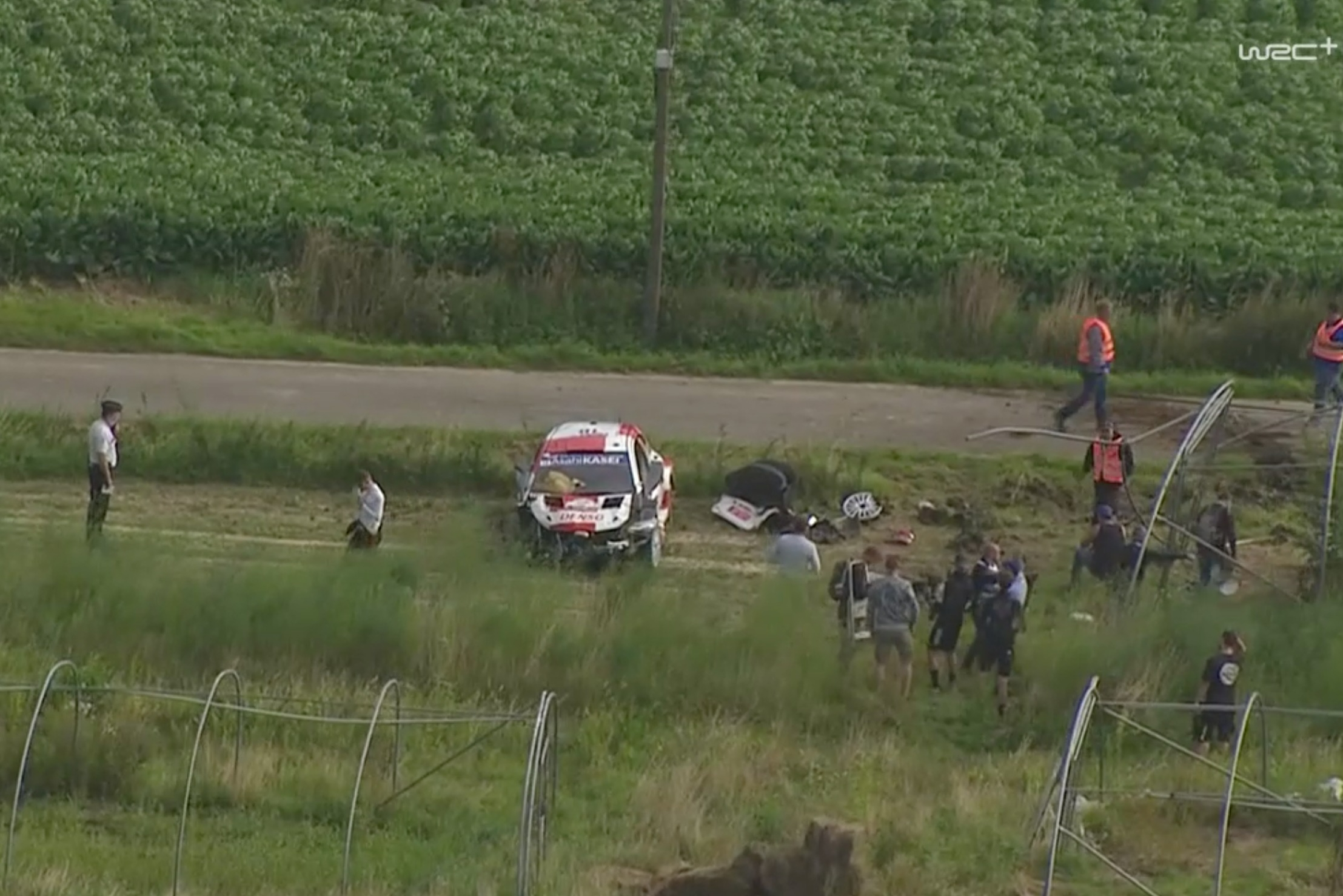 M-Sport Ford’s Gus Greensmith was the only driver to have completed the stage before the incident prompted a red flag.

Katsuta’s teammate Sebastien Ogier had begun the test when the crash occurred. Marshals then quickly halted the seven-time world champion to allow officials to ensure Katsuta and Williams were ok and to clear the scene.

Ogier then completed the stage in road mode before the test was restarted with Elfyn Evans the first to run through the re-opened stage.

Katsuta joins the list of rally retirements that includes M-Sport’s Adrien Fourmaux, who suffered a similar crash on Friday when he ran wide into a ditch at speed.

Hyundai's Thierry Neuville leads the rally from teammate Craig Breen, while Evans has climbed to third after Ott Tanak suffered a puncture in the day's opening stage. 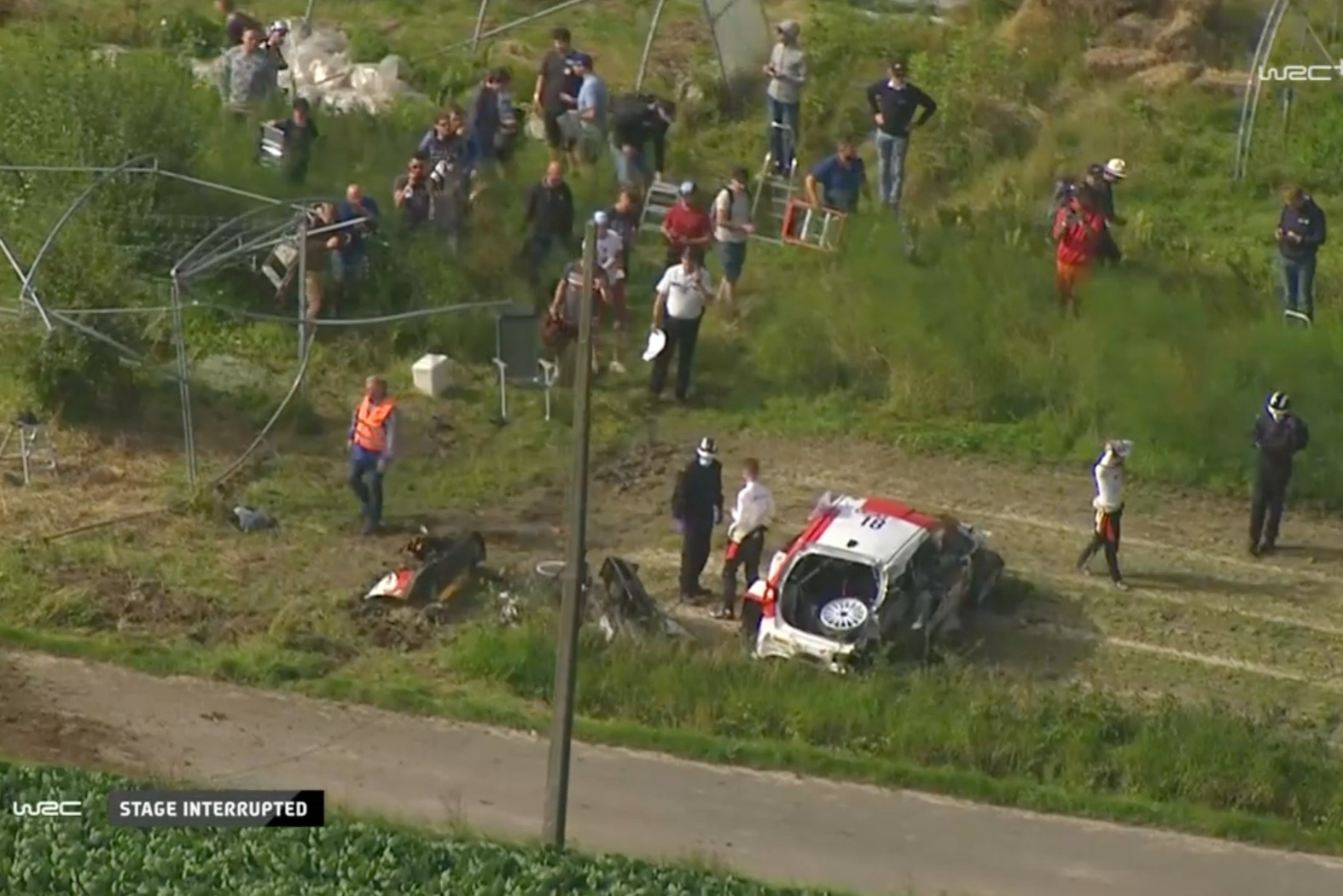