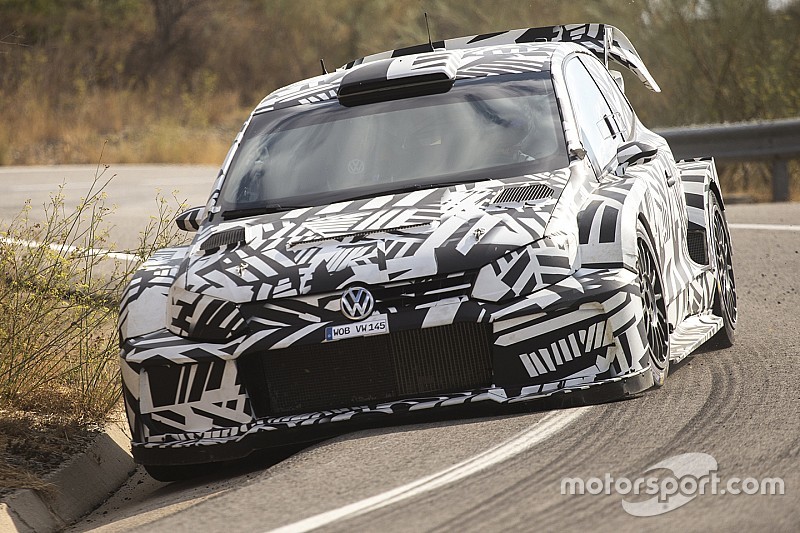 Nasser Al-Attiyah has confirmed that he is working on taking part in the 2017 WRC season with the new generation car Volkswagen had built before pulling out of the championship.

With Volkswagen's decision to quit WRC coming late in the season, the German marque had already produced new machinery for 2017 and has conducted extensive testing with the new Polo R WRC.

Speculation has mounted that the 2017 Volkswagen could still run in the WRC this year in private hands.

Al-Attiyah revealed to Motorsport.com that he is working on a deal with the VW Group, which is 14.6-percent owned by the Qatar sovereign wealth fund.

He said: "We are trying to drive the new Polo R 2017. As you know, Qatar has some shares in the VW Group.

"I met the officials here in Qatar and we are trying to make that possible. If it’s possible, then why not? If we get the confirmation, then I’ll do the full WRC season next year."

Having focused on his Summer Olympics commitments and cross-country rallying, Al-Attiyah did not take part in any WRC events this year.

Should he not secure a deal with Volkswagen, Al-Attiyah also indicated he will take part in the WRC Trophy class, which was created for 2016 cars.

The possibility of the new Volkswagens being in WRC could also present an extra option for Sebastien Ogier, as the Frenchman has still yet to commit to a team for 2017.

M-Sport and Citroen both remain possibilities, but Finnish media has reported that Jari-Matti Latvala has reached an agreement to join Toyota in 2017, suggesting Ogier has ruled this option out.