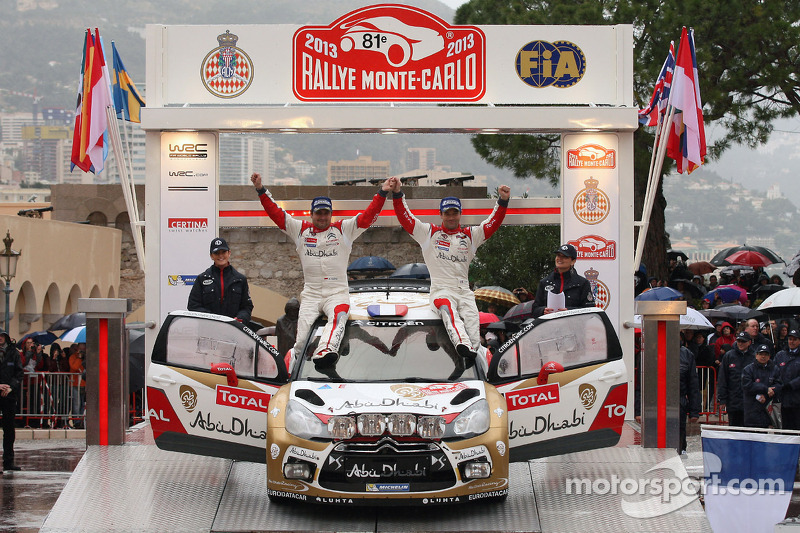 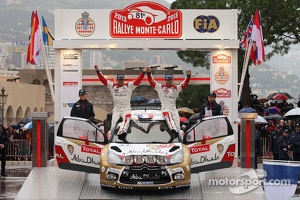 Loeb’s seventh Monte Carlo win alongside co-driver Daniel Elena was confirmed when the final two stages of the event on Saturday night were cancelled for safety reasons as huge numbers of spectators brought the narrow roads to gridlock.

This followed a series of dramatic incidents in the mountains above Monaco when three of the top seven on the leaderboard, Evgeny Novikov, Jari-Matti Latvala and Juho Hanninen crashed out of the rally, which was run through a combination of snow, ice and slush.

“I had to carve a line through a thick layer of slush, and we were aquaplaning all the time,” said Loeb. “You couldn’t go any faster than 30kph on the straight sections, otherwise you lose the car completely and you go off!”

Following the first of 13 rounds in this year’s World Rally Championship, the Citroën Total Abu Dhabi World Rally Team already leads the manufacturers’ standings and will hope to build on its advantage when round two unfolds in Sweden from February 7-10.

With the UAE’s Sheikh Khalid Al Qassimi returning to WRC action in Sweden, the Emirati will first spearhead a five-car Abu Dhabi Racing assault in this weekend’s Qatar International Rally, the opening round of the seven-event FIA Middle East Rally Championship.