Reigning world champion Toyota has so far dominated the rally, winning 12 of the 14 stages, occupying the top two positions courtesy of Sebastien Ogier and Kalle Rovanpera, with Elfyn Evans in fourth and Takamoto Katsuta in sixth.

After witnessing Toyota claim all the stages on Thursday and Friday, shared across three of its drivers, Hyundai managed to end its stage-winning drought on Saturday after Thierry Neuville set the fastest times on Stages 12 and 13 to cement third, 32.0s behind leader Ogier.

Team-mates Dani Sordo and Esapekka Lappi have also struggled to extract speed from the upgraded i20 N, leaving the pair a distant seventh and eighth overall.

All three drivers have attributed their lack of pace down to a soft set up the team selected based on the theory conditions would be more inclement. However, this year’s rally has been completely dry and devoid of snow.

New Hyundai boss Abiteboul, making his WRC debut this weekend, believes the improved 2023 specification GR Yaris is currently the benchmark car but is unconcerned by the pace deficit at the moment.

“We are much better than what we were last year in Monte Carlo,” Abiteboul told Motorsport.com. “Frankly, it just shows the distance that you can cover within a year.

“I would agree that the good times are coming very quickly Toyota’s way and for all drivers, which is clearly a statement of where the car is at the moment. It is probably the benchmark.

“I think it is nothing to be too worried about. I believe we are going to have plenty to analyse and if we have a clear performance deficit, we have got plenty of opportunity to catch up.

“We maybe were a tiny bit conservative [going into the rally on set up]. I guess maybe the habit of changing conditions and maybe we could have been a bit more aggressive given the weather is much more clement this year. We are all learning and it is going to be a long season. I prefer it to be like that, then the other way around.

“We have made some set up changes as we suggested and the car has reacted in the way that we wanted. It is good for the rally and good for the season and we are still are confident about our tyre situation and our tyre strategy for tomorrow.” 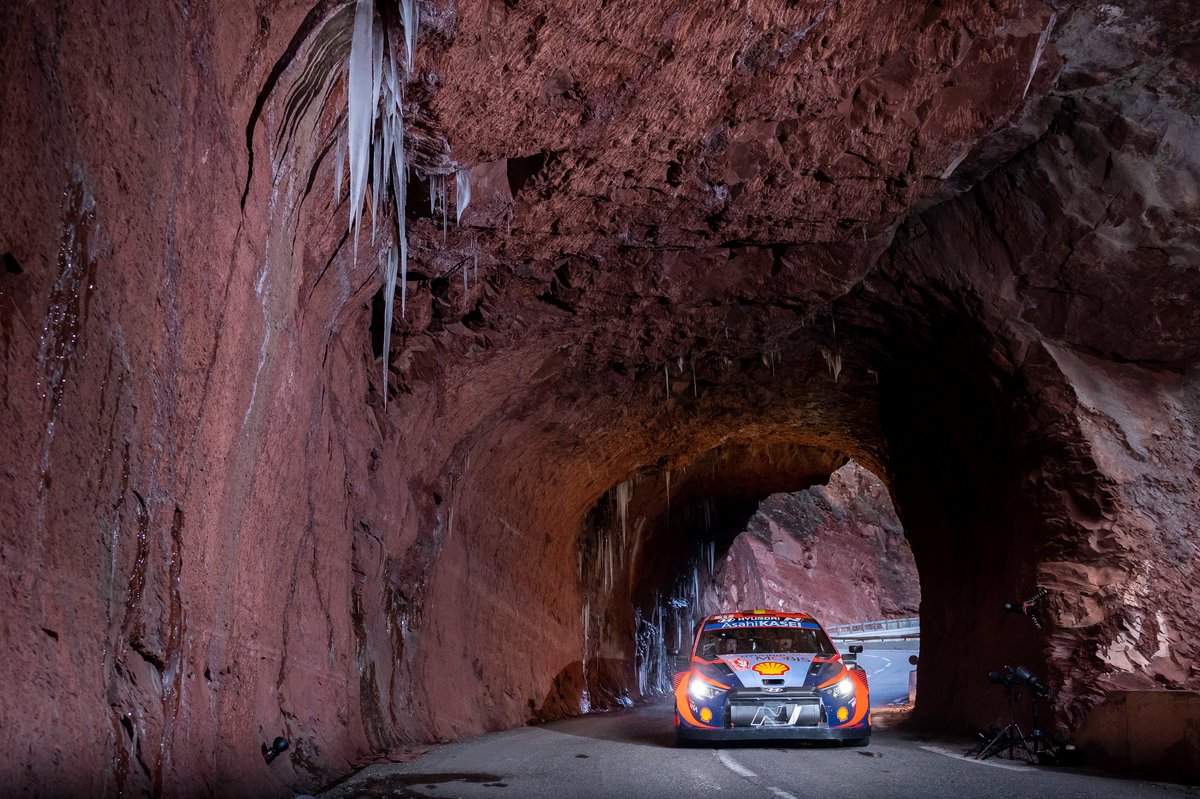 Assessing the team’s situation, Neuville feels Toyota has the edge in the fast sections and admitted there is little his team can do this weekend to counteract that.

“It was a better day than yesterday definitely,” Neuville told Motorsport.com. “We are still missing some performance especially in the fast stuff, we are too soft and the car is not precise enough and moving around too much. This is where we are losing the time, but we were expecting colder and more tricky conditions than what we have.

“We are very limited on the dampers that we can bring to the rallies and we are all on the same settings, so we don’t have much more solutions.”

However, Hyundai’s new recruit from Toyota, Lappi, has been encouraged by the pace gains he found on Saturday despite losing time to a right-rear puncture on Stage 12.

“We managed to find overnight better settings for me,” Lappi said. “It didn’t feel bad but the times were just not there.

“Today I started to drive like yesterday but the car told me that there is more potential and it was safer to push harder. That is why the times were suddenly better. In a way it was simple, just release the brake a bit earlier and that’s it.”