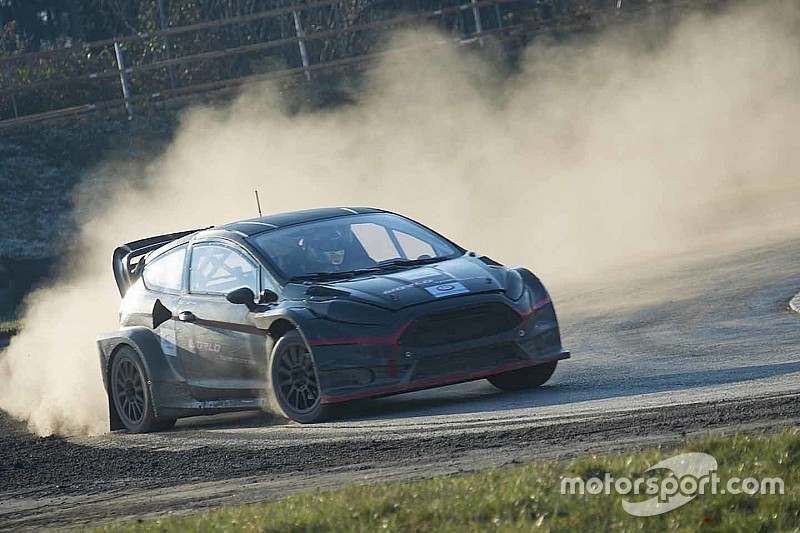 Alexander Wurz tested a World Rallycross Supercar for the first time on Monday at Greinbach in Austria, and is making plans to compete in the sport next season with the World RX Team Austria squad.

“That car, with that power is really impressive, very cool and I understand why I could get very hooked on this sport and this driving,” Wurz told Motorsport.com of the test.

The Austrian is no stranger to rallycross, having grown up in the sport’s paddocks watching his father Franz win three European titles in 1974, '76 and '82.

Although his current time schedule is unlikely to allow Wurz to compete in a full-time World Rallycross campaign in the near future, racing a Supercar next year is the target.

“I would love to do some races, but knowing me I would like to do some more testing to be way more comfortable in the car, because I’m still learning a lot lap-by-lap. We didn’t do that much today,” he continued.

“Then some national events, just to get used to the whole weekend, starting procedures and stuff like that. That should be possible with my time schedule and my direction of life I have chosen to take.

"It’s our task now with World RX Team Austria, Max and myself, and also with Williams and Toyota who I work for, to see what the schedule is, which weekends I have time and then if there are a lot of weekends where I have time I will aim to do more races.”

The test was Wurz’s first experience of driving a competition car on unsealed surfaces, having raced cars with high downforce for the last two decades.

“The rallycross car is quite a different ballgame [to F1 or WEC]. But, at the end of the day, the driving dynamics are the same, you just have much bigger sliding angles.

"After my first few runs I worked it out quite nicely, how to rotate the car into the corners to be early on power well before the apex and all that stuff. It’s super cool.

"Of course it’s one thing is to drive alone and to do some decent lap times, but the next thing is the pressure of the start, because everything is around the start, and then obviously also reading the race with the other competitors.

"All of it is very exciting and interesting stuff. I love rallycross, it’s as simple as that.”

Team owner Pucher also drove at the test, and told Motorsport.com he was pleased with how Wurz progressed through the day.

“It’s been pretty good,” said Pucher. “I think Alex had a really good time. In the last run he did times above Austrian Championship level, so he was doing really well.

"From the look on his face I can say he enjoyed it incredibly. We are hoping that he can manage one or two races with us if things work out.

"We’ve been talking with him about doing a test drive for almost a year, but it was really just a schedule problem to make it happen. Just to get him into the car, to let him drive and to get some experience was obviously the first step.”