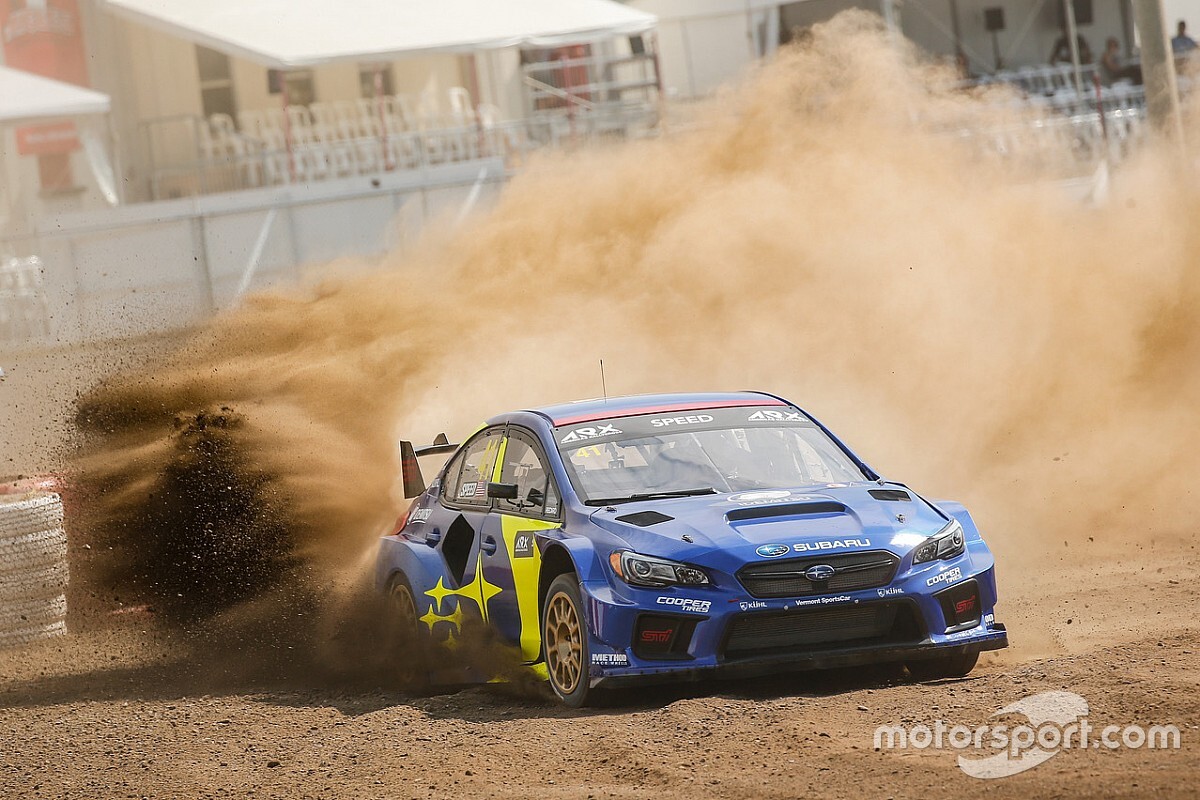 Changes have been made to the World Rallycross Championship's technical regulations that would allow Subaru to enter the series next year.

Technical rules for the ARX series, that was run for two years by World RX promoter IMG, were a hybrid of regulations between the GRC's more open rulebook, and the FIA's 279 regulations.

Subaru has so far made a single appearance in World RX, when Norwegian Sverre Isachsen raced for the marque at the Canadian round in 2014.

Now, following extensive consultation within the FIA's technical working group for rallycross, which includes teams, the promoter and the governing body, the FIA has published updated regulations for 2021 that reveal the 'Custom' engine regulations have been adapted to allow boxer engined cars to compete.

That would allow Subaru to compete in World RX from next year.

The 'Custom' engine regulations were introduced in 2015. Prior to their introduction, rallycross Supercars had to run an engine block from the same manufacturer as the chassis (a Citroen block in a Citroen chassis, for example).

Since 2015, the 'Custom' rules have outlined a strict set of dimensions, materials and weights for components in a bespoke in-line, four-stroke engine configuration.

The 'in-line engine design' line has now been scrubbed from the 'Custom' engine rules and as of January 1 2021, a boxer engine will be allowed to compete.

The iconic Subaru boxer motor, in 'Custom' trim was previously ineligible as it was unable to meet certain aspects of the 'Custom' rules, and as such changes have also been made to the main bearing width, con-rod bearing width, minimum camshaft and crankshaft weights, along with rules surrounding total engine weight and the centre of gravity above the crankshaft centre line.

While ARX was sharing track time with World RX competitors at Trois-Rivieres in Canada last August, Swede Sandell set the fastest lap times of the event, although Motorsport.com understands that the concept Subaru ran in 2019 would still need alteration to fit the amended 279 rules, that is now an achievable possibility.

If Subaru were to enter World RX with the boxer now allowed, 2021 is likely to be the year it happens, following postponement of the series' electric introduction into the top class until 2022, when the field will be a mix of internal combustion and electric vehicles.