World RX returns to Hell for round five 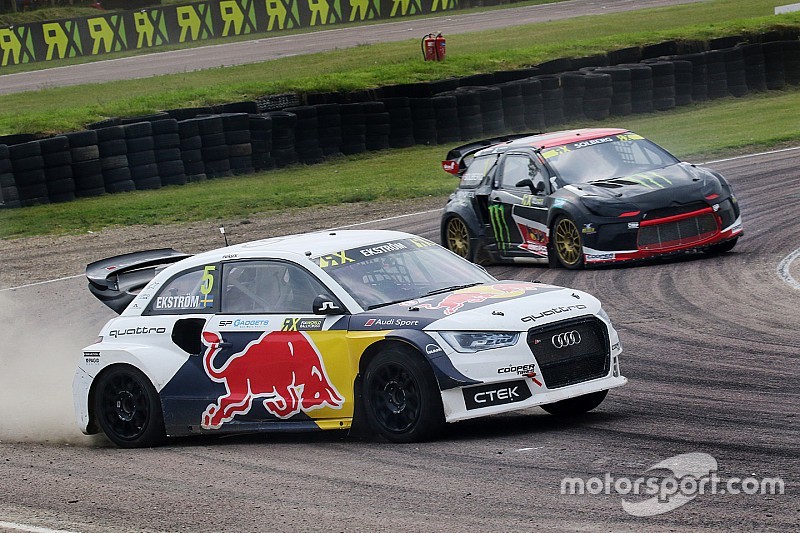 The Norwegian town of Hell will host the fifth round of The 2016 FIA World Rallycross Championship presented by Monster Energy – NAF World RX of Norway – which takes place this weekend at the Lankebanen circuit (10-12 June).

Out of the 44 Supercars competing at Hell RX, 18 will race in the World Championship while the remaining 26 will compete for points in the second round of the FIA European Rallycross Championship (Euro RX). Seventeen TouringCar entries and 13 RX Lites will also compete at Hell RX which, at 63 degrees north, is the most northerly track in the World RX calendar.

After four rounds, Mattias Ekstrom leads the overall drivers’ standings – five points ahead of home favourite, Petter Solberg. “This track plays an important part in the team’s history,” explained World RX leader, Ekstrom. “In 2014, we celebrated our first ever outing. We were very late and the engine for our second car arrived by helicopter. It’s a great circuit: up and down, a lot of tarmac and high-speed corners.”

Joining Solberg on home soil are 25 other Norwegian drivers including Andreas Bakkerud who was forced to retire at Hell RX last year after he made contact with Solberg and tore the front wheel off his car in the penultimate lap. Both drivers will be vying to become the first winner of their home World RX round [Reinis Nitiss won in 2014, and Timmy Hansen took the spoils in 2015].

Competing alongside Bakkerud in the Hoonigan Racing Division team is Ken Block who finished third overall when he made his RX debut in 2014. Out of the 18 World RX Supercar entrants, Frenchman Sebastien Loeb [Team Peugeot-Hansen] and Niclas Gronholm [Olsbergs MSE] are the only drivers who have not competed in Norway before.

FIA European Rallycross Championship contenders will contest their second event of the season in Hell, with reigning RX Lites Cup champion Kevin Hansen and 2015 Euro RX runner-up Jerome Grosset-Janin currently tied at the top of the points table, Hansen having won the opening round of the season in Belgium.

In the RX Lites Cup, Dakar Rally driver and former Olympian Albert Llovera will race a specially adapted RX Lites car for the Polish Lotto team. Llovera will be the first driver in RX Lites to race using hand controls – a serious accident in 1985 left him paralysed from the waist down.

He explained: “Rallycross is all about explosive races with great cars and a lot of spectators. I like to compete and try different disciplines to see how far I can get. Even though my disability means I am only driving with my hands, I like to find my limits and to see what I can achieve. I have no idea how I will do, with the mix of tarmac and gravel I will have a lot of work driving only with my hands.”

Paul Bellamy, World RX Managing Director for IMG, commented: “FIA observers ranked our Norwegian round of the World Championship best of the 13 events run in 2015, and the local organisers have been working hard again to ensure the 2016 event is the best yet. New infrastructure has been constructed in the paddock and the support from the region of Stjørdal and the Mayor of Trondheim in recent years has seen the circuit fitted with fibre optic internet throughout the venue. The track itself is a favourite - not just for fans who descend in their thousands each year, but drivers as well. It’s also the home round for our double World RX Champion Petter Solberg and thanks to NRK broadcasting World RX on free-to-air television across the country, there has been a surge of interest in rallycross in Norway.”