World Rallycross to remain at Montalegre until 2022 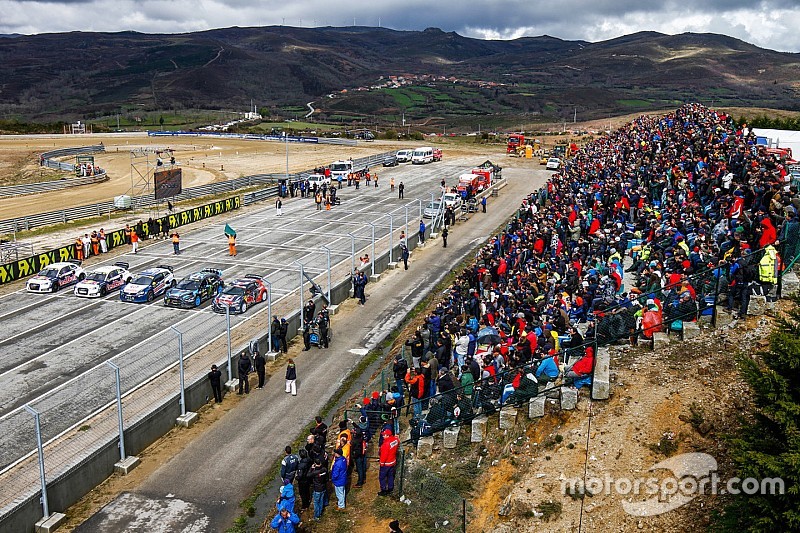 The Montalegre circuit in Portugal will remain on the World Rallycross Championship calendar until 2022, the venue having signed a five-year contract extension with series promotor IMG.

The deal was announced on Friday, on the eve of the second round of the World RX season. Located in the Vila Real region in the North of the country, Montalegre is the highest circuit on the calendar at over 1,000 metres above sea level.

Significant improvements have been made to the venue’s infrastructure in recent years, including an expanded paddock, increased grandstands and a new medical centre.

“Every year we have carried out huge investment and improvements at our track. Modestly, I think that our track is the best on the World RX circuit,” said Mayor of Montalegre, Orlando Alves.

“The fantastic environment and setting helps make Montalegre one of the best circuits on the rallycross calendar.”

The first ever round of the World Rallycross Championship was held at Montalegre in 2014, where Petter Solberg claimed victory. Only Solberg and his current PSRX Volkswagen Sweden teammate Johan Kristoffersson have won at the venue in World RX.

Montalegre first hosted a round of the European Rallycross Championship in 2007, but the first round of Euro RX to be held in Portugal was at Lousada in 1991, won by six-time European Champion Martin Schanche in a Ford RS200.

The Lousada circuit hosted the Portuguese event until 2006, and although it returned to the calendar once in 2008, Montalegre has subsequently held the country’s round of FIA-sanctioned international rallycross.