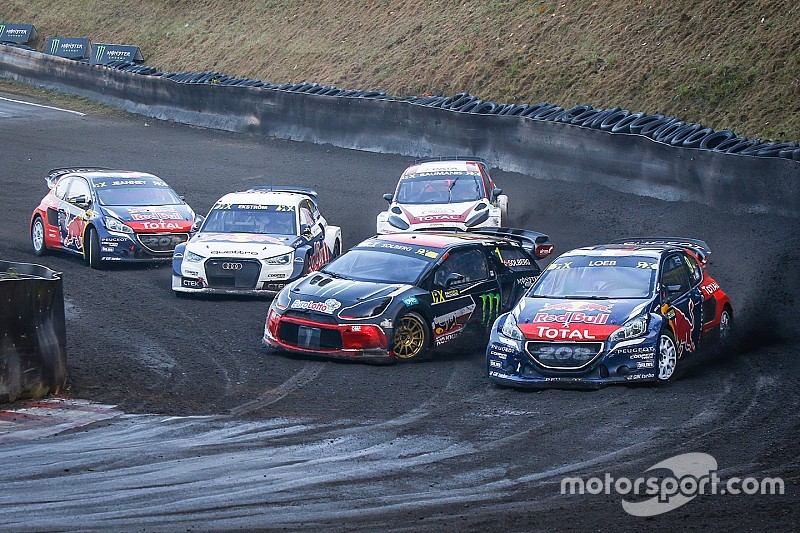 Formula 1 venue Circuit de Barcelona-Catalunya will host the opening round of the FIA World Rallycross Championship next season, it has been announced.

The first round will be held earlier than usual, on the first weekend in April, over a month before the Spanish Grand Prix, set to take place on May 14.

Traditional World RX season opener, Montalegre in Portugal, will host round two of the 2017 campaign, three weeks after the Barcelona event.

The series will then once again join the opening round of the DTM at Hockenheim in early May, where newly crowned World RX champion Mattias Ekstrom competed in both disciplines this season.

A week after the first of the year’s two German rounds, Mettet in Belgium will host round four with Lydden Hill, the birthplace of the sport, hosting round five on it’s traditional May Bank Holiday weekend.

Hell in Norway and Holjes in Sweden form rounds six and seven, before the first flyaway event of the year to Canada, where World Rallycross travels to Trois-Rivieres for the famous GP3R (Grand Prix de Trois-Rivieres).

One of the most popular events on the schedule, Loheac in France maintains its usual early September slot, meaning that rounds four to nine remain on the same weekends as in 2016, while the successful Latvian round held outside Riga at the Bikerniki circuit for the first time recently has been moved forward a fortnight and will take place in mid-September.

The Estering in Germany moves to the first weekend in October, while the new addition to the calendar at Killarney Circuit in South Africa will host the final round two weeks earlier than has been traditional season-closer in World RX history, the season drawing to a close on November 12th.

The South African event replaces the Argentine round that has concluded the series for the last two years, and will host the final round of the 2016 championship next month in Rosario.

“We’re very happy with the calendar for next year. We’re delighted to renew our agreement with the Canadian round and we’re really excited about Cape Town,” WRX Managing Director Paul Bellamy told Motorsport.com.

“Being on the African continent, the only World Championship in sub-Saharan Africa is special and IMG are promoting the event, so we will control a lot more elements.

“That will be a great end of the season, but there’s 11 great events before then, starting in Spain which is really exciting.

"That event was impressive this year, it just shows what you can do with a bit of vision and support from local authorities.

"Then of course we have the traditional rounds like Sweden, France and Norway that had big crowds this year. Each event has its own identity.”

The RX Lites Cup support category will be rebranded as RX2 and will take place at seven events, two of which will be held outside Europe for the first time in Canada and South Africa.

The calendar is provisional subject to approval from the World Motor Sport Council in December.