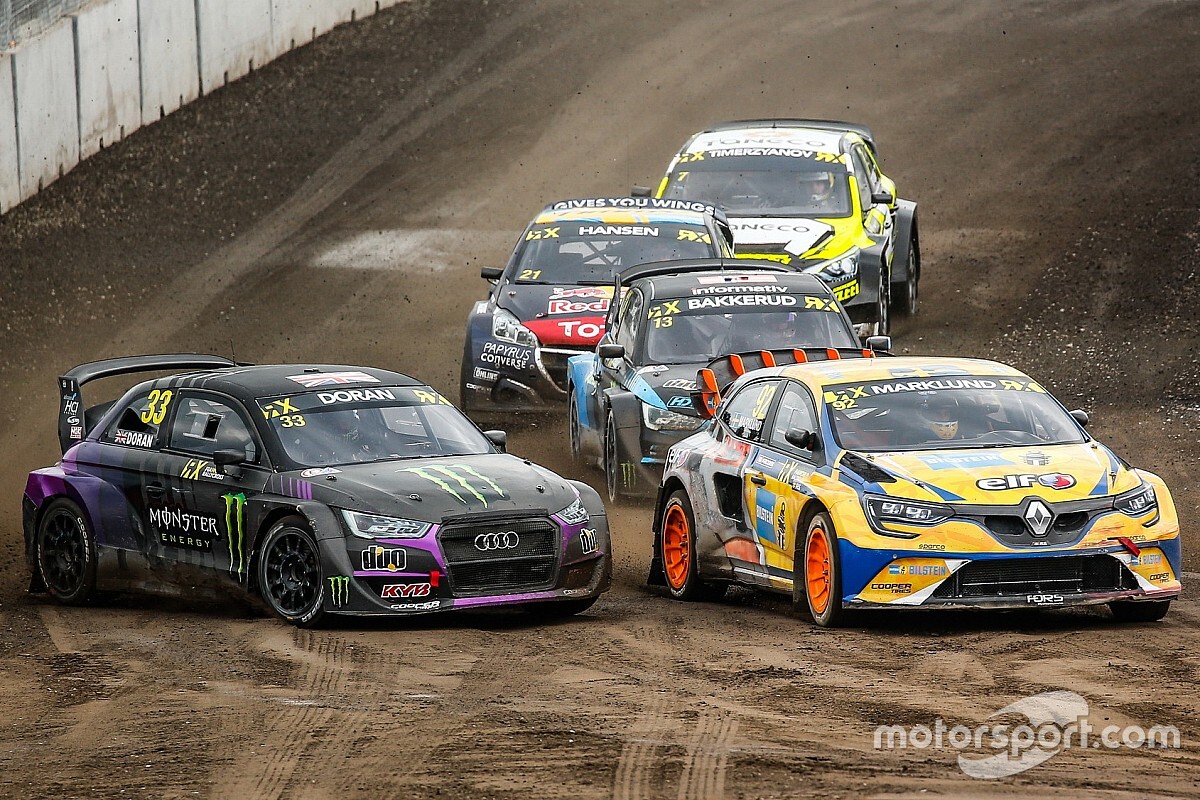 The introduction of electric cars into the World Rallycross Championship has been deferred until 2022 by the FIA amid the ongoing Coronavirus pandemic.

The decision was made by a World Motor Sport Council e-vote on Monday, and follows FIA announcements that new regulations for Formula 1 and Formula E would also be pushed back.

“While the current situation has made it necessary to defer the switch to electric by one year to allow competitors further time to adapt and to invest, the FIA remains committed to a new horizon for World RX,” said FIA President Jean Todt. “This will create the most cost-effective environment and demonstrate the rapidly developing performance capabilities of electric road cars in this FIA championship.”

World RX’s electric introduction was originally planned for this year, before being pushed back a year to allow more manufacturers to sign up. But, while Peugeot and Volkswagen were ready to commit to the switch, not enough marques signed up to a first concept based on carbon monocoque chassis cars, which was then dropped.

The rallycross electrification concept was subsequently adapted for a kit to be produced to allow retro-fitting of electric powertrains into existing steel-bodied Supercars. Kreisel won the tender to supply and develop the four-wheel drive kits, which were planned to be introduce for the 2021 season. That has now been postponed.

"Globally speaking, we are experiencing unprecedented times, and no one dare predict what the future will bring,” said Philipp Kreisel, CEO of Kreisel Electric. “Most importantly, we need to accept the present situation and protect lives. While this is happening, we need to prepare so that we can be ready when the relaunch button of the ‘system’ is going to be pressed again. As we don't know when this will happen, we support the FIA's approach and the postponement of the first World RX electric racing season to 2022.”

Kreisel says that his firm is nearing the completion of its electric rallycross kit. “We have put a lot of energy and passion into this project, it is disappointing that we won't be able to see the electrified World RX cars next year. Nevertheless, we are absolutely convinced that by remaining unified we can make the electrification of World RX a huge success when it does happen.”

World RX boss Paul Bellamy said that while the top class’s electrification has been postponed, the new single-make FIA eRX Junior championship is still planned to go ahead in 2021: “We support the decision to delay the introduction of electric rallycross to the world championship until 2022,” said Bellamy. “At this stage, plans for the new FIA eRX Junior championship remain unaffected by this decision and work towards the electrification of this category will continue for 2021, with a complete car supply and championship organisation on an all-inclusive arrive and drive format.

“While together with the FIA, teams and partners we are committed to an electric future for rallycross, we believe it is prudent to focus on health and well-being during these challenging and uncertain times.”

World RX Esports heads to Montalegre for round two