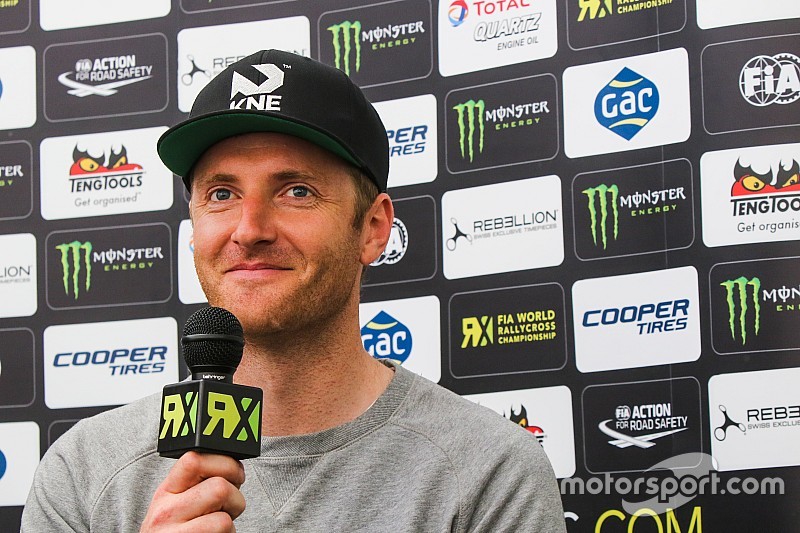 Wilks has raced in two rounds of the World RX series last season with the British team, and qualified for the final on his rallycross debut at Lydden Hill.

He switched to an OlsbergsMSE Ford Fiesta for the British round of the championship this season, only managing 17th place finish.

The two-time British Rally Champion will race the Mini RX for the first time with its new-for-2016 two-litre engine, having previously used a 1.6-litre WRC derived unit last year.

Alongside the Barcelona appearance, Wilks will also race in the tenth round of the championship on the new circuit at Latvia’s capital city, Riga, at the start of October.

“I can’t wait to get back on the World RX grid with JRM and its big thanks to LOCO Energy Drink for giving me this awesome opportunity,” said Wilks.

“It's been more than a year since I last drove the MINI RX so I'm interested to see how the car has developed with its new two-litre engine and to see if I can discover the kind of performance that will really give us a fair chance at the front of the World RX field.”

The British driver will test the car prior to his competitive return to the squad in Barcelona. “One thing’s for sure, the power will be very different from the 1.6-litre engine I used last year!

"My focus is already on testing as there is work to do before we get to the track in Barcelona. I’ve been to many of the World RX events this season to commentate and, while that’s great fun and has given me a chance to assess the competition at close quarters, there’s nothing like the buzz of competing.”

The former works Suzuki ace will partner Frenchman Guerlain Chicherit in Barcelona, the Dakar driver being announced for a three-round campaign by the JRM squad earlier this month.

Wilks will be the second British driver to drive for the JRM Racing team this season.

Liam Doran raced in the opening six rounds of the championship as an individual permanent entry in World RX but was dropped by the team in the lead up to the Canadian round at Trois-Rivieres.