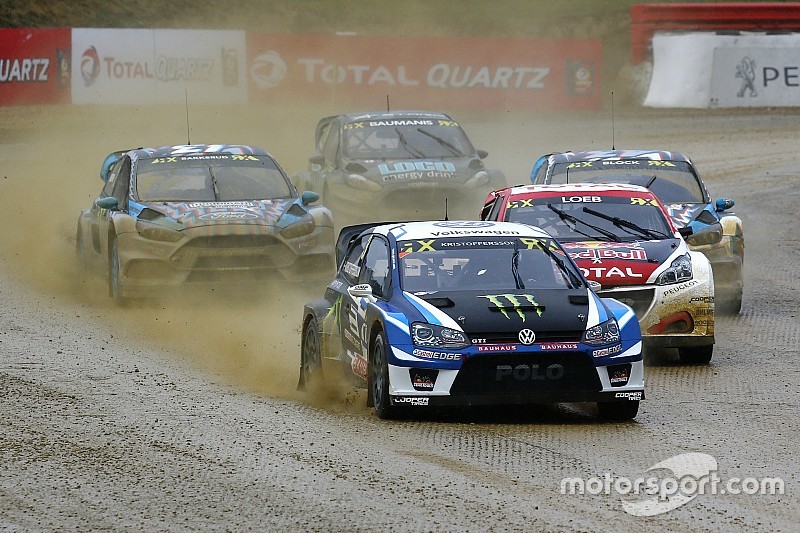 Though the destination of the titles have been decided, two rounds remain in the FIA World Rallycross Championship, the first of which comes from Germany and is live for UK viewers on Motorsport.tv this Sunday.

A visit to Buxtehude’s Estering track has been on the calendar since the inaugural season and has become a popular fixture for fans and drivers. The race has traditional also thrown up a surprise in terms of the winner, Kevin Eriksson taking his first, and so far only win in the 2016 race following an outrageous around-the-outside fourth-to-first move in the final.

It’s now five wins on the bounce for Johan Kristofferson, allowing the Swede to wrap up his first World RX drivers title in Latvia last time out. While his PSRX team also wrapped up the Teams’ Championship, it wasn’t the perfect weekend for them, with team owner Petter Solberg sustaining a broken collarbone in a semi-final shunt with Janis Baumanis.

Solberg could still race, but will be replaced in the team’s second points-scoring car by Dieter Depping – who was always slated to drive a third PSRX car in Germany. With Solberg not scoring any points in Germany, it allows for Mattias Ekstrom and Sebastien Loeb to close the gap for second the standings, and could set up a close fight in South Africa for the runner-up spot. 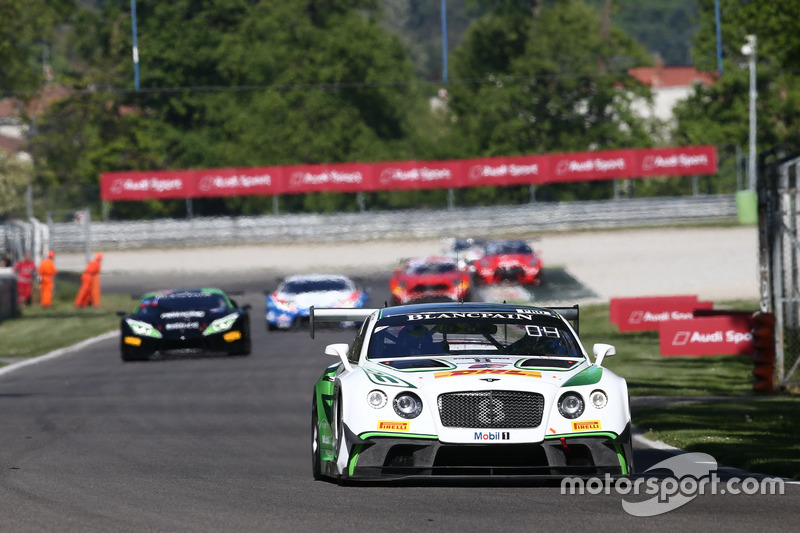 Titles on the line in Blancpain Endurance Cup finale

Across Europe, we have the final round of the Blancpain GT Series Endurance Cup season wraps up from the Circuit de Barcelona-Catalunya.

With two championships to be settled in Spain, the competition is sure to be fierce over the course of the three-hour endurance race. Two crews can take the Endurance Cup title home with them from Barcelona, the Bentley Team M-Sport trio of Vincent Abril, Andy Soucek and Maxime Soulet leading Grasser Racing’s Mirko Bortolotti, Andrea Caldarelli and Christian Engelhart in their Lamborghini.

A non-finish at the Spa 24 Hours could prove costly for the Austrian team, who will be looking to get back to the winning ways in which they began the season. The Grasser team also feature in the Blancpain GT Series title hunt, combining points gained in the Endurance Cup with the Sprint Cup. Their nearest rivals are last year’s champions, HTP Motorsport, who are closely followed by multiple GT3 championship winners Team WRT.

With three hours of racing remaining and 52 entries representing 11 manufacturers, plenty could yet change in those championship battles. Don’t miss our delayed-as-live coverage to see who will be crowned champion.