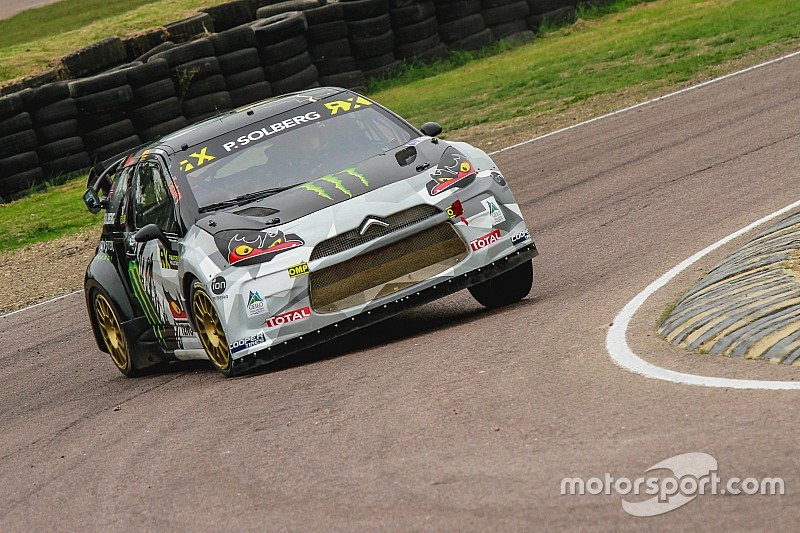 Petter Solberg became World Rallycross champion for a second consecutive time, securing the title in the final round of 2015 in Argentina.

The triumph marked Solberg's third title, the Norwegian having won the WRC crown in 2003 for Subaru.

Driving the Citroen DS3 in the WRX finale, Solberg needed just five points to wrap up the title - and did so by qualifyng for the semi-finals.

He then went on to finish third in the final, picking up his ninth podium from 13 rounds.

The final between saw Swedes Robin Larsson and Matias Ekstrom, of DTM fame, fight it out for the win.

Larsson and Timmy Hansen, who stood as the only driver capable of taking the title from Solberg coming into Argentina, put on an aggressive opening-lap battle for the lead, trading places by barging each other out of the way in several corners.

Larsson eventually made the move stick but had to then work hard to keep Ekstrom at bay, just holding on at the chequered flag.

Having passed Latvia's Janis Baumanis and with both Timmy Hansen and his brother Kevin retring from the final, Solberg managed to bring third home despite a big hit from Ekstrom during the Swede's Joker lap.