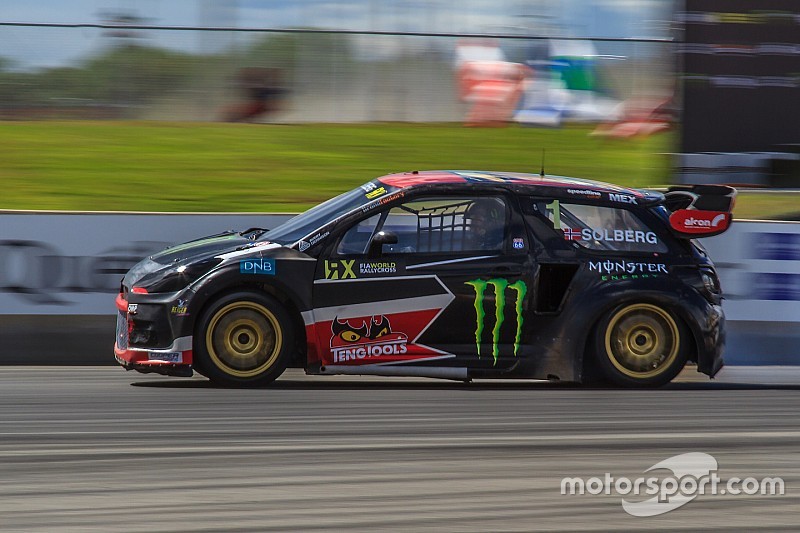 Reigning World Rallycross champion Petter Solberg, who was involved in a finish line accident at the end of the Canadian round three weeks ago, will race in the eighth round of the series this weekend in France.

The accident happened when Anton Marklund’s Volkswagen Polo lost its front brakes after the finish of the race, causing the Swede to crash into the rear of Solberg’s privately-run Citroen DS3, which suffered significant rear-end damage.

Both cars were flown back to Europe directly after the North American event, Solberg describing the accident as the biggest of his career.

"We were more than worried after the crash. To rebuild a more or less completely crashed car in two weeks seemed almost impossible. But we made it," Solberg said to Motorsport.com.

"My guys have worked day and night, and the help we received from our sponsors, friends and local fabricators has been crucial.

"The trailer and bus left the workshop early Saturday. Next up is a test on our way to Loheac. I am extremely excited to race again. Luckily that will happen in Loheac where I have the best support from fans," the Norwegian added.

The rear of Solberg’s Citroen had to effectively be completely replaced, with work carried out at his PSRX workshop in Torsby, Sweden, after time at a Norwegian car dealership, where bodyshell fabrication took place.

Despite the accident in Canada, Solberg re-took the championship lead from rival Mattias Ekstrom at the event and is now four points ahead in the standings.

Marklund’s Polo was also heavily damaged, but he too will race in France. “The guys have worked really, really hard, so I’m very grateful to them,” Marklund told Motorsport.com.

“I was feeling sore after Canada but now I am feeling fine and the aim is to fight for the podium this weekend at Loheac.”

Davison withdrawn from The Bend