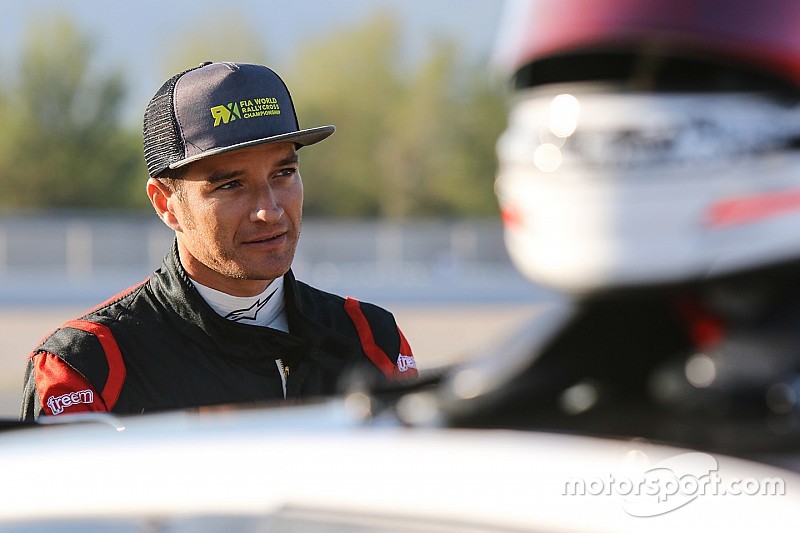 Audi DTM driver Timo Scheider is set to compete for All-Inkl.com Munnich Motorsport in the World Rallycross round at Barcelona, after Reinis Nitiss confirmed his split with the team.

The 37-year-old announced on social media that he will drive one of the German team’s cars in "more than one race" in the latter part of this year, with testing commencing soon.

With this weekend's French round at Loheac to be Nitiss' last race with the team, Scheider could return in at the following round at Barcelona, to be held next month.

Scheider made his World RX debut in the 2015 Spanish round, driving a Munnich Motorsport Audi A3 Supercar alongside Sweden's Alx Danielsson and finished 16th, scoring a championship point.

Meanwhile, Nitiss who joined the German team at the start of 2016, will depart after the French round in order to focus on a 2017 campaign.

The German outfit, owned by WRX and WTCC driver Rene Munnich, introduced a pair of brand-new Seat Ibiza Supercars just days ahead of the 2016 season opener in Portugal, and has been developing the new cars through the campaign.

"Before the season I knew that developing a new car would be a great challenge. During the season we have made many steps forward and gained a lot of knowledge and experience,” said Nitiss.

“Unfortunately, it has not brought us the results that we hoped for, therefore I have decided to put my main focus into the 2017 season.

"I would like to thank Rene and the whole All-Inkl.com Munnich Motorsport team for the cooperation and often selfless work on to move forward with the project.”

The Latvian is committed to at least compete at his home round in October, but has yet to announce the car he will drive.