Scheider in talks to bring BMW to World Rallycross 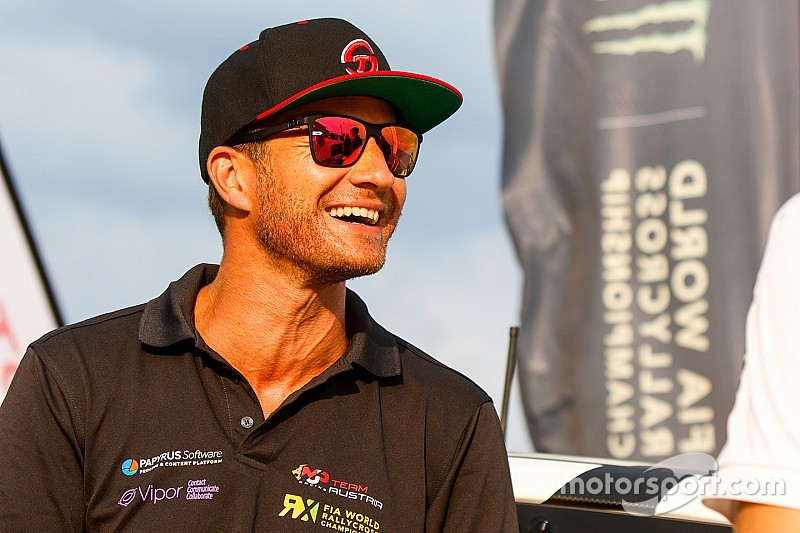 Two-time DTM champion Timo Scheider has confirmed he is in talks with BMW about a World Rallycross Championship entry.

Having retired from the DTM at the end of 2016, Scheider has raced full-time in World RX in 2017 driving for the MJP Racing Team Austria squad, following selected appearances over the previous two years. He finished on the podium at the opening round in Barcelona this season.

Asked about rumours of his talks with BMW, Scheider told Motorsport.com: “Sure, there are dreams and hopes, and there is for sure something positive behind that.

"I can’t say anything more but I can tell you that we’re in deep discussions.”

The German driver says he will continue to race in World RX next season, but is yet to confirm for which team he will drive.

“Let’s see,” he said. “I try to make it happen for next year, it looks good for 2018 but I will also do some races with BMW somewhere else, so it will be a double programme, that’s the target we have.

"It looks good, so let’s wait a few more weeks and then we should know.”

Scheider’s DTM retirement ended a 10-year relationship with Audi, the German driver then signing for BMW and racing in the Nurburgring 24 hours alongside his World RX campaign this year.

The 2008 and 2009 DTM title holder has also acknowledged the lure to manufacturers of a potential electric rallycross category, that could be introduced to World RX as soon as 2020.

“I think it’s no secret that we’re talking about that for the future," he said. "The future looks bright with electric rallycross. So far it sounds quite interesting what the manufacturers are talking about.

"Sure, as an old-school racing driver you like the petrol engines no question, but this is the future and we have to deal with it.

"When you look at how much manufacturers are involved in Formula E for example, then for sure the future of rallycross with electric cars can be a good future.”

To date, the only BMWs raced in top-level World RX have been JRM Racing-run Mini RX Supercars, used in 2015 and 2016 by Guy Wilks, Liam Doran and Guerlain Chicherit among others.