Rustad to compete with Munnich in Germany WRX 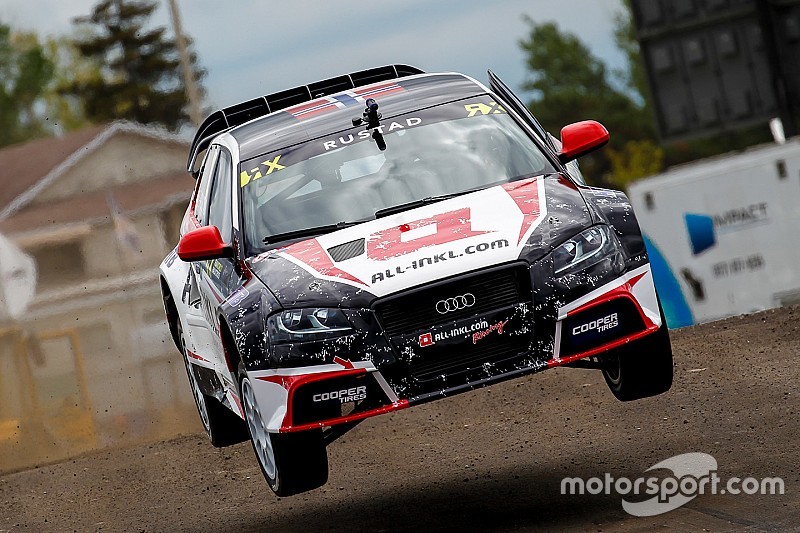 Former BTCC Independents champion and WTCC driver Tommy Rustad will partner Rene Munnich in the Munnich Motorsport team at the penultimate round of the WRX in Germany next month.

The Estering event will be Rustad’s second drive for the squad. Last year he made a one-off appearance at the wheel of its Audi A3 in the Canadian round, and finished fourth, the team’s best finish in World RX until that point.

The Norwegian will race one of the squad’s 2016 Seat Ibiza Supercars in Germany, having sampled the car in France recently, the day after Latvian Reinis Nitiss drove it to fifth overall at the eighth round of the series at Loheac.

“I’m very happy to have been asked to do another race with the team. I’m jumping into it to try and do my best, to work as well as I can with the car," said Rustad.

"I’m not really sure what I should expect, because it’s a new car. I did a race with them last year without any experience with them and we did very well. I tested for four laps at Loheac.

"The car was very easy to drive but for sure there has been a lot of development from the [2015] Audi to the Seat.”

Rustad returned to rallycross full-time in 2014, and won the European Rallycross Championship last year in a Volkswagen Polo Supercar.

This season he has been campaigning an Albatec Racing run Peugeot 208, and finished on the podium last weekend in Barcelona.

The former Swedish Touring Car Champion says his motivation is as high as ever, and he is working on a budget to compete in the World Championship full-time in the future.

“The World Championship is getting more and more professional, and the margin is smaller and smaller. Everything needs to be almost perfect with the car, the team and the driver.

"When you put everything together in the right direction you can make good results, so I’m looking forward to try to do that [in Germany]. For sure, my target is to try to step up to the World Championship, but it’s always difficult to get the budget together.

"It’s always difficult to know what to do and what’s right, but now we need to continue to focus on finishing this year and try to put something together for next year. I love this life, the motivation to do it is in my body.”

Ekstrom to miss first DTM race since 2001 for WRX finale