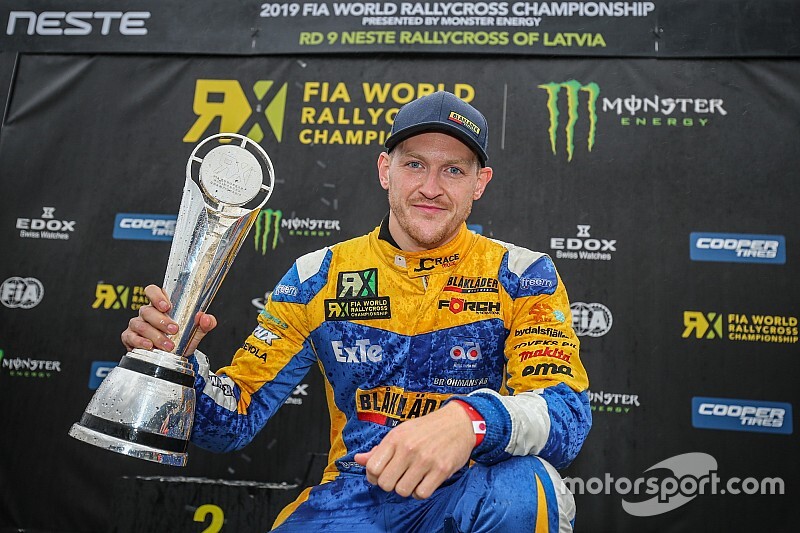 Double European Rallycross champion Robin Larsson will return to the World Rallycross Championship this season at the wheel of an ex-Mattias Ekstrom Audi S1.

Larsson, son of two-time European Champion Lars, has previously contested three full World RX campaigns, both with his own privately-run Audi A1 and an OlsbergsMSE-prepared Ford Fiesta, but stepped back to the European championship last season and dominated.

He will now return to World RX with the same team that he won the European crown with last year, racing one of the latest Audi S1s built by Ekstrom’s EKS team.

“It’s so exciting to be entering the world championship with a strong team and a good car,” said Larsson. “Of course, there will be tough events with many fast drivers, but that’s what rallycross is all about.

"We had a good speed last year with good times against the world championship drivers. Now that we are racing together on track I will be able to increase the pace even more.

"We’ll see during the first events how we stack up against the other teams. It would be nice to have good results straight away and to be able to continue that form. There are going to be many lovely battles I think.”

JC Raceteknik is entering World RX as a full-time permanent entrant for the first time, having previously fielded cars in one-off outings for drivers like Ekstrom last year at Spa.

Led by Joel Christoffersson, who has worked in the international rallycross paddock since he grew up helping Kenneth Hansen’s team, the squad won both the European and RallyX Nordic Supercar titles this season, and is targeting top results this year in World RX.

“Since I started JC Raceteknik it has been a dream for me and the team to be able to enter the world championship,” said Christoffersson. “Last year we had a great season with Robin, so getting the opportunity to take this step together with him is really exciting for all of us.

"Robin comes with fantastic car control and confidence from the European championship. He has shown that he is really fast, with lap times that match the world championship drivers, so to say we want to be getting into the finals and fighting for the top places is a realistic goal.”