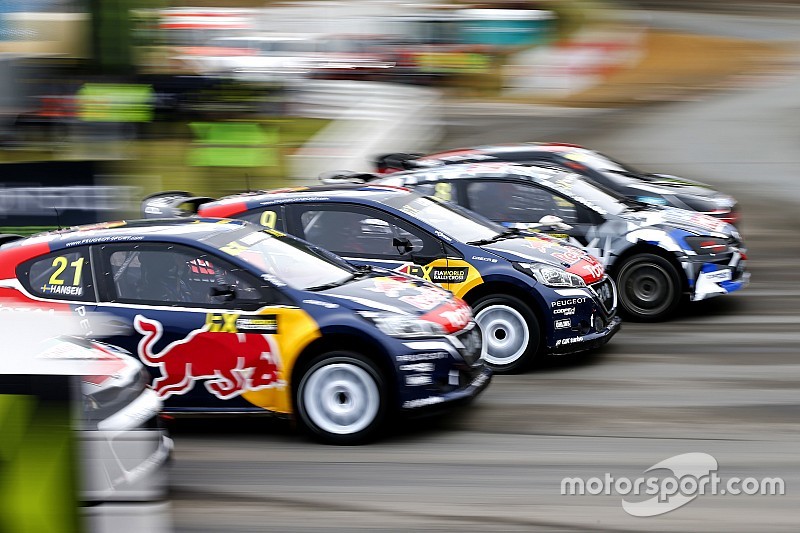 The six-minute video captures the excitement of the 12-round season which included a star-studded list of new drivers for 2016 including nine-time WRC Champion Sebastien Loeb.

The season began in extremely wet conditions with last year’s Champion Petter Solberg securing the win at the World RX curtain-raiser in Montalegre, Portugal. A visit to the legendary Hockenheimring was next on the calendar as World RX joined DTM for the second consecutive year. One of the most exciting semi-finals of the year took place in Hockenheim, which saw Britain’s Liam Doran take the semi-final victory.  However, it was Mattias Ekstrom who took the overall win while team-mate Topi Heikkinen finished runner-up, making it a one-two for EKS.

Solberg, Loeb and Ekstrom were locked in a three-way battle at the following round in Belgium but it was Ekstrom who reached the chequered flag first making it two victories on the bounce for the Swede. Ekstrom’s charge didn’t stop there, however, as the Audi driver secured a hat-trick after triumphing at the Lydden Hill race circuit in Great Britain the following weekend.

Round five at Hell in Norway was a memorable one for Hoonigan Racing Division’s Andreas Bakkerud as the Norwegian became the first driver in World RX history to take the clean sweep after winning all four qualifying sessions, the semi-final and the final. Bakkerud continued his dominance in Sweden for round six at the iconic Holjes circuit, taking his second win of the year for the Ford Focus RS RX Supercar.

Canada marked round seven of the World Championship where World RX Team Austria’s Timur Timerzyanov was disqualified before the final meaning that Timmy Hansen replaced the Russian on the back row of the grid. Heavy rain moments before the final meant tyre choice played a crucial part in determining the Canada RX winner. Hansen – in an amazing drive from last to first – took his first win of the season for Team Peugeot-Hansen.

More than 80,000 fans descended on the French round of World RX at Loheac in September where home favourite Sebastien Loeb finished in a credible third place. It was Volkswagen RX Sweden’s Johan Kristoffersson who took the overall victory, however, becoming the fifth different winner in eight events.

Only five points separated Solberg and Ekstrom as they entered the ninth round of the year in Barcelona but the tables turned once again as Solberg was knocked out of podium contention after a collision during the semi-final. Ekstrom went on to take his fourth win of 2016, leaving Spain with a ten point lead over Solberg in the drivers’ standings.

The inaugural World RX of Latvia in Riga formed round ten of the World Championship, where Solberg was disqualified for making contact with Ekstrom during qualifying. A crash in Q3 then left Solberg questioning whether his fight for the World Championship drivers’ title was over. Frenchman Sebastien Loeb went on to take his maiden World RX victory at the wheel of his Peugeot 208 WRX Supercar.

Ekstrom entered the penultimate round of World RX at the Estering in Germany with a staggering 27-point lead. He finished fifth, securing the World RX title, but it was Olsbergs MSE driver Kevin Eriksson who took the Germany RX win after the move of the season, following an incredible overtake at turn one.

The final round of the season was held in Rosario, Argentina, where the Teams’ Championship and the World RX runner-up spot were both up for grabs. Solberg was dominant during qualifying taking all four wins but broken steering during the semi-finals halted his charge. Bakkerud went on to win the event, with Kristoffersson second. In the three-way battle for the 2016 World RX runner-up spot in the driver standings, it was Kristoffersson who came out top – only one point ahead of Bakkerud and Solberg who finished third and fourth respectively.

EKS walked away with the teams’ championship, wrapping up a dream season for the new 2016 World RX Champion, Mattias Ekstrom

Silverstone to host World RX round from 2018 season