Prodrive and Renault to enter World RX in 2018 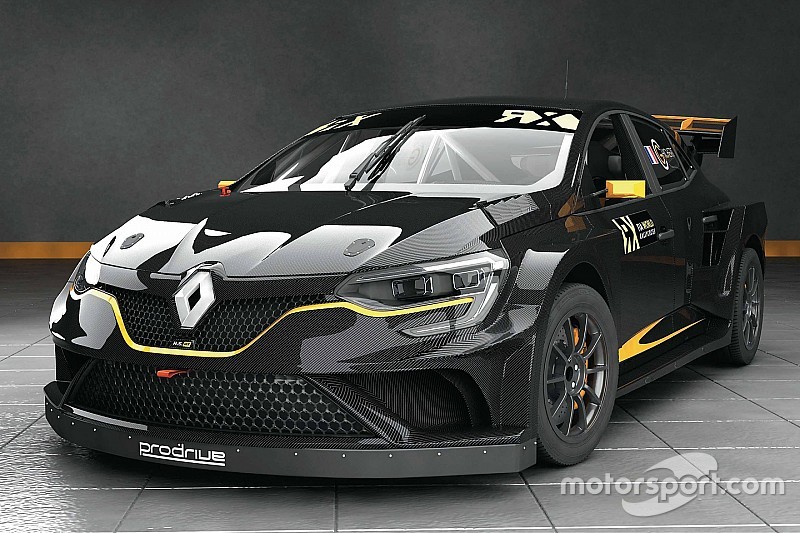 The new Renault Megane IV Supercar will be designed and developed from scratch by the British outfit from its base in Banbury, including a bespoke two-litre engine, as part of a partnership with French driver, Guerlain Chicherit.

The new car is set to be unveiled at the ninth round of World RX at Loheac in France this September, before commencing testing ahead of 2018.

Chicherit plans to compete in selected events through 2017, although the squad is yet to announce what car the former Dakar driver will race this season.

Chicherit has competed in six World RX events to date since making his debut at Loheac in 2015, driving a JRM Racing-run Mini RX Supercar. He scored a best result of 16th at the Italian round in 2015.

In its previous guise, JRM’s Mini RX was originally built by Prodrive – a team that has extensive experience in top-flight rallying and circuit racing.

The squad continued to run the car in Global Rallycross Championship events for Doran and the late Dave Mirra, but didn’t realise aspirations to compete in World RX.

“It has long been an ambition of ours to compete in the FIA World Rallycross Championship,” said Prodrive chairman, David Richards.

“It is the fastest growing motorsport series in the world and gives us the opportunity to use all our engineering experience to create a car capable of winning the World title.

"Guerlain is obviously a very talented driver and we look forward to working with him and developing a race car that both he and Renault will be proud of.”

Former Free Skiing World Champion Chicherit competed in the Junior World Rally Championship driving a Citroen Saxo in 2004, and scored a best result of fifth on the Dakar rally in 2010, driving an X-Raid BMW.

“I’m so stoked to be working with the guys from Prodrive to build what has been my dream for a long time,” said Chicherit.

“I know that with the right team and the support we have, we’ll be able to produce a car that will really make an impact in the paddock.

"I absolutely trust Prodrive to build the best car and I’m excited to bring my brand and partners to the championship in 2018”.

Heikkinen retained by EKS for 2017