Portugal out, F1 venues in for 2019 WRX calendar

Portugal's Montalegre World Rallycross Championship round has been dropped for the 2019 calendar, with Formula 1 venues Yas Marina and Spa-Francorchamps officially confirmed on the schedule.

The WRX will be run over 11 rounds in 2019, having been held over 12 events in recent seasons.

For the first time the series will be book-ended by flyaway events, beginning in Abu Dhabi at the Yas Marina Circuit in April before concluding on the last weekend in November in South Africa.

The calendar retains a similar look outside of Portugal's exit and the Germany round at Estering being run as a European-championship only standalone event in August.

Following a four-year extension of the Spanish leg’s contract, Barcelona will host round two, three weeks after the season opener.

The third round will be held on Spa’s planned new rallycross track, taking the place of Mettet on the second weekend in May, a fortnight before the British event at Silverstone. 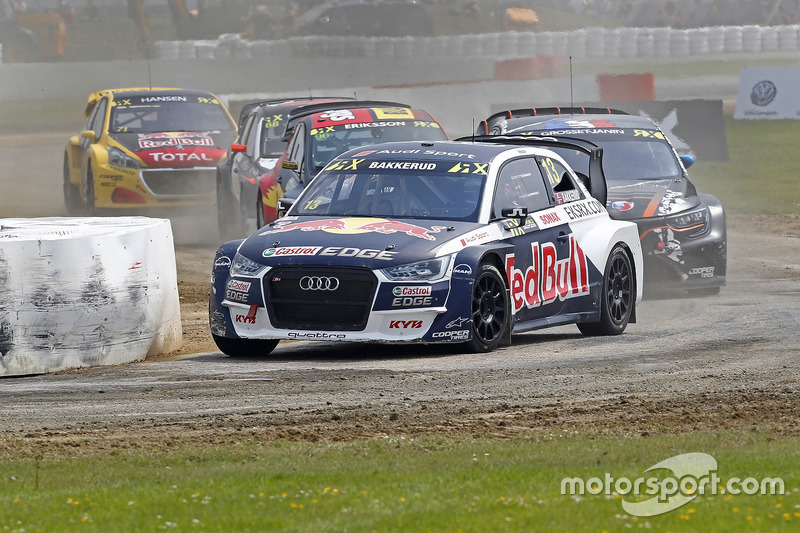 After the Norwegian round at Hell in mid-June, the Swedish, Canadian and French rounds maintain traditional slots on the first weekends of July, August and September respectively.

The Swedish event at Holjes retains its place until 2023 after a new five-year deal was announced on Thursday.

The season will conclude with the Latvian round in September, before the second event in Austin at the Circuit of the Americas two weeks later.

The final round in Cape Town will take place at the end of November.

The European rallycross championship will again run alongside World RX at five rounds: in the UK, Norway, Sweden, France and Latvia.

The Super1600 category will appear six times at European events, starting in Spain and including Spa.

The RX2 single-make support class calendar is yet to be announced.

“A tremendous amount of hard work has gone on behind-the-scenes to put together what we believe is a perfect blend of rallycross tradition and exciting new venues to truly challenge competitors and thrill fans,” said World RX managing director Paul Bellamy.

“We are firmly focused on the future of the World Championship and are confident that next season will mark another major step forward in the growth of rallycross’ biggest international series.”

The calendar will remain provisional until it is approved by the World Motor Sport Council on December 5.