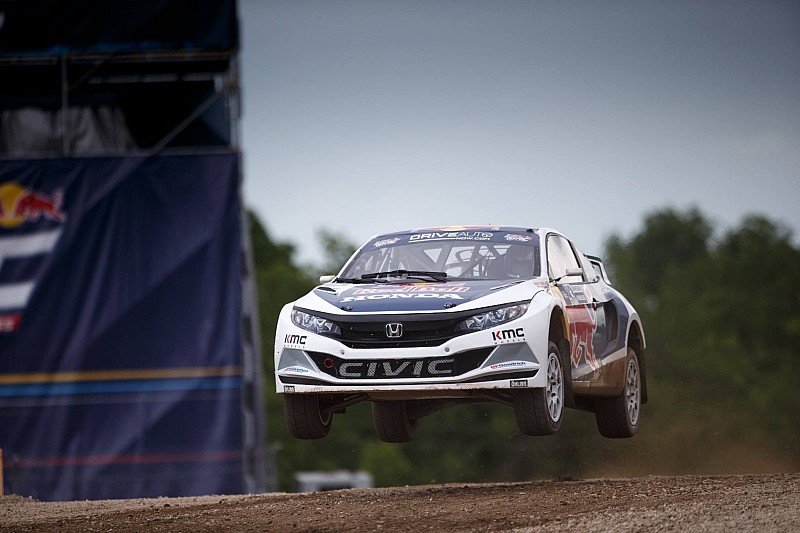 Swedish World Rallycross team OlsbergsMSE will not field its Honda Civic Supercar at the Canadian round of World RX in Trois-Rivieres next week despite entering the event, team principal Andreas Eriksson has told Motorsport.com.

The squad, which is running a pair of manufacturer-supported Honda Civic Supercars in the American-based Global Rallycross Championship alongside a campaign in World RX with a pair of its successful Ford Fiestas, had hoped to run one Civic for Swede Sebastian Eriksson at the event.

But the team hasn’t been able to get the car added to the ‘List of cars not homologated with the FIA but eligible in Supercars’ in time.

“Both Honda North America and OMSE decided that it was too tight to get the car on the non homologated list of cars required with the FIA in time,” said Eriksson.

“The reason was the timing of some holidays. To get the right paperwork done correctly we needed to push people harder than we wanted.

"It’s solely our own decision – our own planning was too tight. Both the FIA and the national ASN were really helpful in the process.”

Asked whether the Civic could make another World RX appearance in the second half, or if OMSE could switch from its current Fiesta to the Civic full-time in 2017, Eriksson said: “Who knows. Time will tell. For the moment OMSE’s full concentration on Honda is in the GRC.

"Our goal is to make the Civic a winner in this new area of motorsport for them as a brand.”

The Civic made its debut at the opening round of the GRC series in Phoenix, and finished on the podium in the second day of competition in the hands of Sebastian Eriksson.

“The development is going really well, but there are many days of our test schedule left to do, due to the short time we had to finish the programme pre-season, “ Eriksson said.

“For example, we are still too heavy, that's the biggest challenge we face right now, but the car has great potential already. The race in Canada was a good chance to get extra test mileage on different surfaces and competition.”