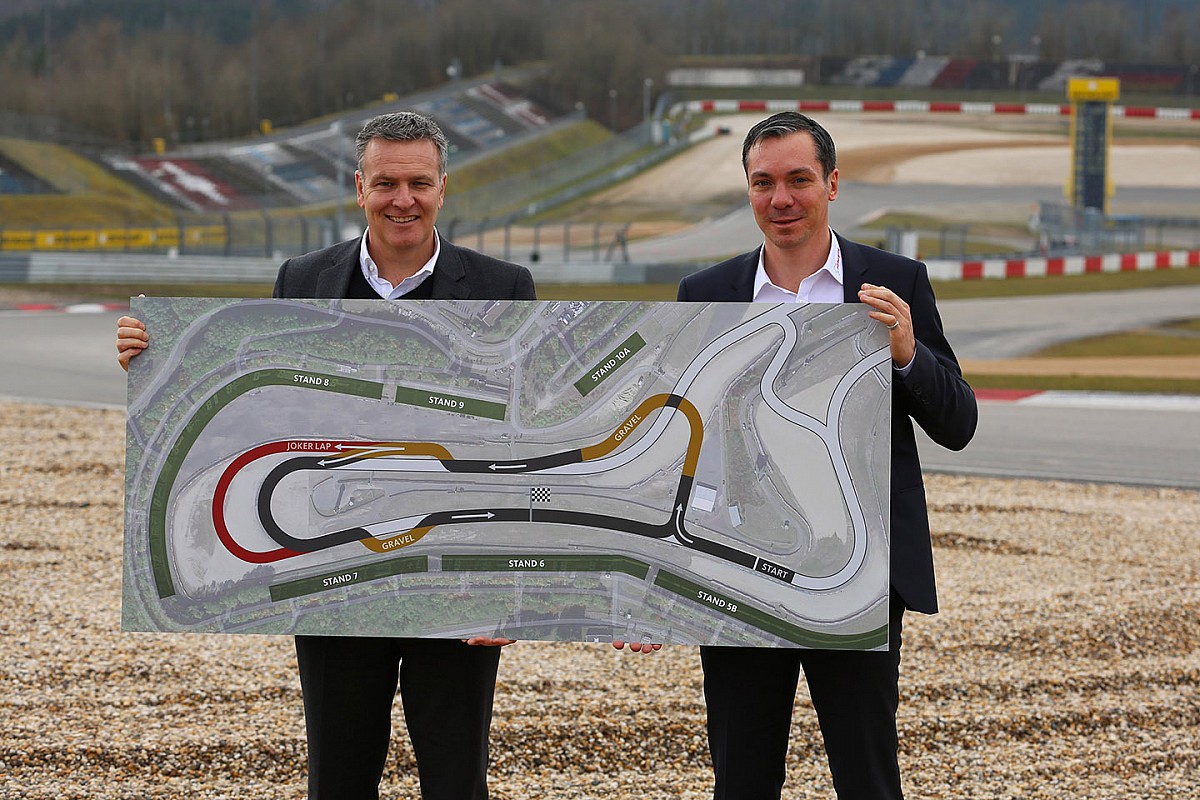 The Nurburgring’s new rallycross layout has been revealed ahead its inclusion to the World Rallycross Championship in August this year.

The mixed-surface route is in the Mullenbachsleife amphitheatre section of the Formula 1 lap, the same area that the circuit’s original rallycross track was located to host the FIA Inter-Nations Cup in 1992 and 1993.

The Nurburgring’s new design runs anti-clockwise and includes a start straight that doesn’t get used after the opening lap. Like former World RX venues at Franciacorta (Italy) and Mettet (Belgium), the first corner, a right-hander in this case, will be used in the opposite direction during a full lap of the track.

The first corner leads to a long left-handed, loose-surface turn two, which crosses the Formula 1 layout at turn nine of the tarmac circuit, before the rallycross track returns to the tarmac heading in the opposite direction to the conventional lap. It then heads right onto a loose-surface section, and the joker lap split.

While the joker lap runs around the outside of turn four, on loose surface, the standard lap uses turn eight of the Formula 1 lap, before entering a second loose surface chicane, after the joker lap merge, before the finish line, on the F1 tarmac.

Germany last hosted a World RX round at the historic Estering circuit in 2018, the second oldest venue to have featured on the World RX schedule since its inception in 2014, although the series has also held events at Hockenheim between 2015 and 2017.